If you make a rotary corvette I will quit my job, sell all my belongings and move to a Tibetan Monestary to live out the rest of my days in quiet service as my life will have been complete.

I know I earlier voted for a V12 or Japanese V8, but now I'm thinking you need to ask if Sensory Assault will build a 20B for you. Mildly boosted you'll be near 400hp, or naturally aspirated (but bridgeported) you could probably get near 300hp. Of course their stuff always blows up, but it would be epic for a while. When the Corvette Jihad starts barking just remind them of the Aerovette!

Oh, grand idea, Erik. Got me laughing at the thought.

Mount it behind the driver, run chain down to transaxle. You're welcome.

Things that make you go 'hmmmmm'

SBC bolt pattern, based on iron duke, just have to make the clutch work. . .

Many years ago, Johnm Lingenfelter stuffed a Ford 351 Cleveland in a Corvette, it went nearly half a second faster in the 1/4 mile.

Doesn't matter when you put a sweet solid roller cam in it. 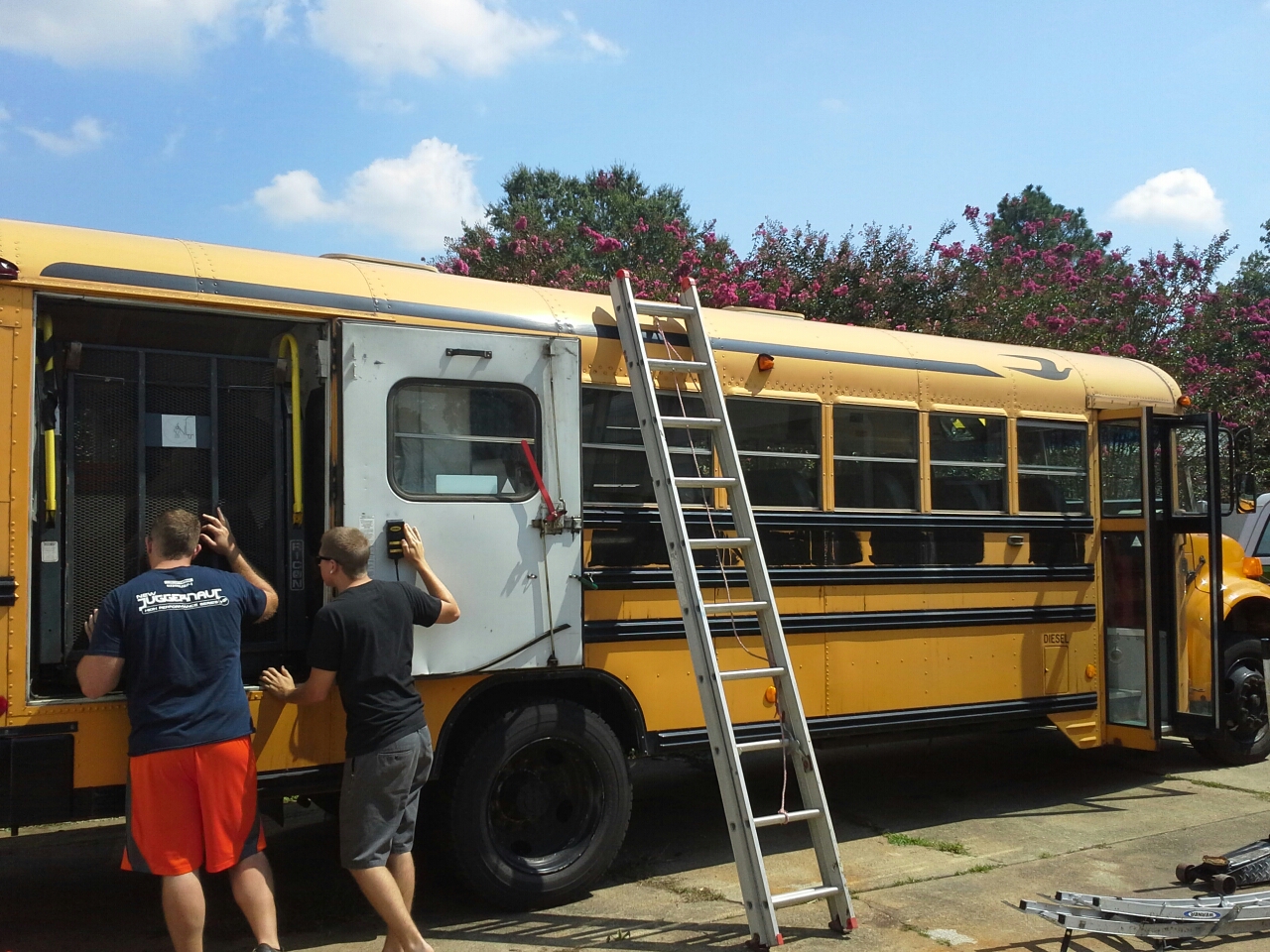 The lift gate is awesome!

I hate you. I have been trying to get one for 2 years.

Put the Ford Turbo Diesel from the bus in the Corvette.

I'd love to have a flatnose skoolie. One of those 88-passenger ones.

Ugg, so running full circle. What about a chevy 4.3L V6?  It seems finding a complete pullout 2jz is expensive and would take some machined parts to work ($$). We could essentially drop a 4.3 L setup in, pick up a cheap intake off fleabay, and run a carb. A max gofast factor of 160hp. Thoughts?

Our (3Pedal Mafia) boat has a 4.3L v6 and it's been reliable and has decent power.  We don't rev the piss out of it, I can't remember what the shift light it set at but somewhere south of 5000rpm for sure.  We run fuel injection so it's around 170hp.  Nobody's going to sweat you on the cost of a 4.3L v6.  Not very popular motors in road racing. ;-)

Actually, I would love to see you run the 4.3L

It would be so great to tell people the boat runs like a late C4 Vette.. The look of disgust would be so much better than now, when we tell them late 80's camaro.

How about the GM Atlas motors? They are pretty much the same as a Toyota straight six anyway. Not sure what the bolt pattern on the back is for the tranny, but find one in a Trailblazer and its going to have a 4 speed automatic on it anyway. To get a 5 speed stick (its an Aisin tranny, and pretty good) you'd have to find a manual Chevy Colorado tuck, and most of those had the little 2.8 4cyl version. Of course the 2.8 Colorado Atlas motor made more horsepower than the 4.3 V6 (though a lot less torques)

I know, that's my daily driver, an almost no options regular cab, regular bed Colorado with the 3.5, the 5 speed, locker rear and the ZQ8 sport package. The number of 3.5l with a 5 speed is pretty much limited to the low 4 digits. Personally I have never seen another one.

I think the Atlas tranny is an R151F in toyota parlance.

Actually, the Atlas trans is a direct swap for a R154 'Yota box. You want a R154 type box cheap? Go find one from an Isuzu Rodeo or Trooper, it has a pretty low first gear but all the others are good.

In fact, a Rodeo/Trooper 3.2 V6 redlines at 6250 RPM,  makes ~200-215 HP and a bunch of torques, is damn near bulletproof and would make the 'Vette guys REALLY eat their livers: a lowly SUV motor motivating their beloved fiberglass? Blasphemy!

Jeep calls the same box an AX15 but it's not available in 2WD configuration AFAIK.

How would a 5VZ-FE hold up in Lemons?