Don't obsess on what the internet tells you is right or wrong. You just need 2 pistons that match 2 bores. The closer you can get to compression the better, but it's not essential. Same for weight and even for bore diameter. I speak from experience.

Thanks to this forum, I learned that tungsten is a great material to fill wrist pins with to get pistons to match in weight when they are grossly disparate.https://forums.24hoursoflemons.com/viewtopic.php?id=6191

I also have run a motor for multiple races with 3 different bore sizes and compression ratio pistons (8.8, 9.4 and about 11:1 in the same 4cyl motor).

Besides, it'll be a better story.

If someone from SoCal has a motor they want me to bring out to Stef to put in on Sat night at the track, I'll have a mostly empty trunk on the way out there.

Ooh. You're not taking a tow vehicle down there, are you? I desperately need to find a tow for this whole shebang to the race as well.

Ooh. You're not taking a tow vehicle down there, are you? I desperately need to find a tow for this whole shebang to the race as well.

Correct, I am not taking a tow vehicle down there.

Can't help with ~Volkswagen~ parts, but if you need any specialty tools for the Friday night wrench-fest, let me know. Looking at RockAuto, it appears the "VW 1.6L H4" has a bore diameter similar to a slant six. I have 120- and 240-grit 3.5 inch flex hones that should work.

Are the roasted pistons still usable with a little massaging? Cleaning them up and throwing on new rings and bearings might get you farther than you think. If you're only doing two pistons, maybe use your extra oil control rings for shims if the ring lands are wallowed out. A whole set of rings is only $18.20 on RockAuto! Rod bearings are $12.86! Holy shit. You could rebuild this thing twice in a weekend for less than most teams spend on beer.

Ha, I don't want to crack the case for rod bearings.

The VW is not street legal.

Here's the remaining items on fire:
- Mount seat (I need help with this?! the brackets make it sit way too low for normal humans)
- Find a tow, somehow. I'm just straight-up out of money right now unless teammates chip in more, so I don't know what I could rent that's doable there.

I assumed you had to remove rod bearings to get the pistons out, but I live in the magical world of water-cooled engines. I see on FB you have the engine back together, which is rad.

Your Lancer doesn't have a hitch, does it? Flat tow it with a strap and get a friend to ride inside the whole way down and work the brakes?

Flat tow it with a strap and get a friend to ride inside the whole way down and work the brakes?

What could possibly go wrong??

Figured out transportation shortly after the post. Man, the Lancer's CVT would nuke itself in a big ol' fireball if I even thought about towing with it, I'll bet. That car's still not fixed, either. I'm stuck waiting on insurance re: the annoying death wobble from it getting hit while parked.

Hmm. This pattern seems to suggest that I suck at cars. Universally. All the cars. I'm bad at them.

Hmm. This pattern seems to suggest that I suck at cars. Universally. All the cars. I'm bad at them.

It definitely suggests the place your insurance uses to fix claims sure does.

Man, the Lancer's CVT would nuke itself in a big ol' fireball if I even thought about towing with it, I'll bet.

That's just sensible, defeatist thinking! The Variomatic CVT in my 1976 Volvo 66 GL nuked itself anyway, even without the benefit of towing anything, so my plan is to attach a trailer hitch to see whether an additional burden will serve to keep it in line. I'm an experimentalist.

I'm just hoping for the sweet release of death so I don't have to push this car on the trailer.

No, it doesn't work, either, and I'm stumped because carbs are voodoo. Turned on power. Fuel poured out of the top of the carb—the bottom of the air filter part. Come, come, nuclear war.

Fuel poured out of the top of the carb—the bottom of the air filter part.

what he said.
(far warning, I've touched very few car carbs, and this is all from motorcycles)
The fuel level in a carb is controlled by a float. Literally something in the bowl that is hinged and floats in fuel. As it moves up it presses a pin up into the opening that the fuel enters, effectively shutting it off. As it gets lower that float drops and lets more fuel in. Overflowing fuel is usually 1 of 3 things.
1. The float it adjusted wrong so it's not closing off fuel at the right level
2. the valve isn't seating right and therefore not stopping fuel
3. you have old school brazed floats that have developed a leak and are filling with fuel so they no longer float.

Pop the bottom of the carb off and check things over. Be warned it will be full of fuel.

Also preliminarily try giving them a good rap with a hammer handle or a soft faced hammer. Sometimes that's all it takes if it's just varnished or gummed up.

The Important thing is don't go in there and gouge anything brass. I know if you get it on the trailer, someone at MSR can strip em, wash em and if needed JB weld plug up a leaky float easy peasy. But ya gotta not gouge any of the jets or needles.

Also some stuff seems to be saying too much fuel pressure  will flood the carbs no-matter what so check your fuel pressure too. You only need 2 - 3 psi.

So Saw some laps, sometimes very long laps, on the timing app today. It's working I take it?

Yeah, supposedly they turned 103 laps. They also won a trophy: I wanna say it was I Got Screwed?

Yup, I got screwed went to the 411.  Blue Gremlin got IOE, LeBaron got Org Choice.

103 laps, not bad, we only managed 34 at NCM before the engine had enough of our crap.

Note the Crater where piston should be. 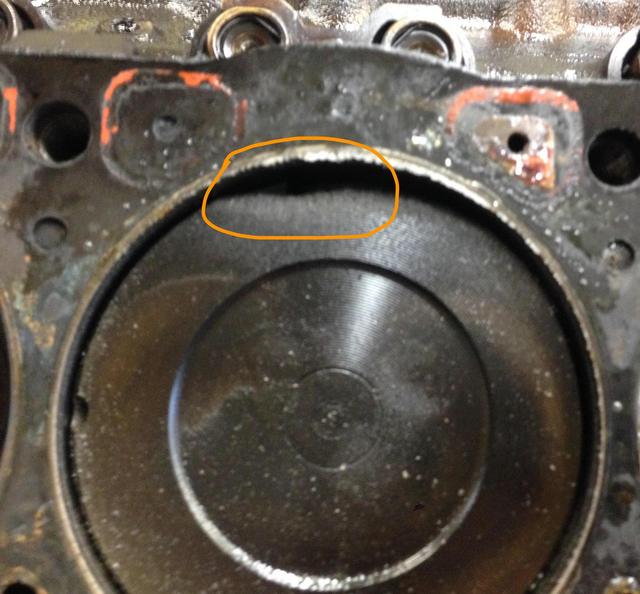 But it's OK!
We have an engine rebuilt and ready to go in in time for next season! 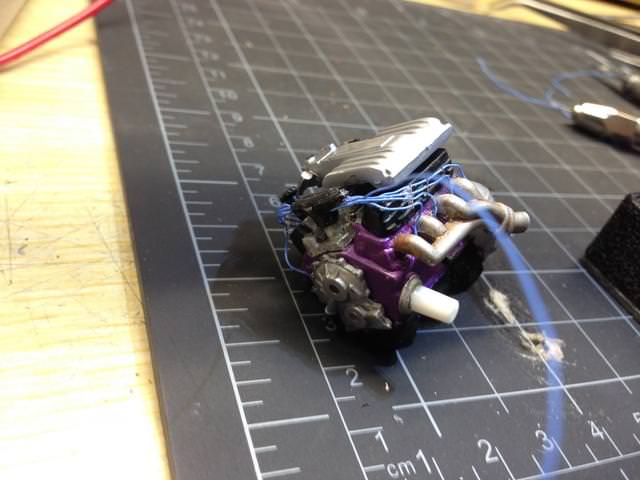