I mean, I did initially ask for a Carbureted 2.2 donor car, but you take what you can get with 30 year old garbage.

Also the engine is going to live a grand total of 4 days before being gutted so, massive old parts hunt and re design was never going to be the plan when the rest of the car had so many Issues.

Are you sure when you slap the buzzer you're not also imparting a force on some other part of the harness or dash?

I think earlier in this thread (or one of the other ones) someone said Chris O. fielded a Mazda B-series truck at the same race where he ran the K in 2014. So that's probably where those parts came from. I doubt he misses them after all this time.

We Isolated the crap out of it before brutalizing it, so it SEEMS to be directly causal. Also the effing Cigarette lighter ground needed to be grounded for this to work for the bit that it works. Chilton and Haynes have useless wire diagrams, and any potential less crappy ones are hidden behind absurdly high pay walls. But from what I saw Chrysler just makes crap wire diagrams. Now I know why so many Chrysler employees get caught drunk or high at work.

Preliminary information I'm getting from very sparse google results is that that thing is literally just buzzer chimes.

Which suggests something critical on the ignition circuit grounds through it. I sure as hell wouldn't design it so that that it's a critical component, so I'd tend to suspect there's another ground loose somewhere.

But this IS Chrysler.

It's really looking like they put something not at all important directly on the major "RUN" Circuit off the ignition switch.

I suspect it's doing something that is either disrupting the "Run" Circuit of the key switch, or the switch Run circuit is dying and when this box works right it's just letting the bad circuit flow properly or something.

I have about 10 things I wanna try, but the big fear is, if it is acting as some voltage regulator, jumping 12V across it may fry the ECM. But that's a Big If, because I "THINK" it's a timer circuit that couples to the "Automatic Shutdown Relay" Which is named backward because it provides power to the Fuel Pump Ignition and injector.

See when this crap thing doesn't work, it's either preventing the "RUN" voltage to the ECM, and so the ECM can't Diddle the relay, Or it's messing up something with the relay preventing it and the Check Engine Light from energizing from the computer.

If we can't resolve it tomorrow by 7pm I'm going to just bypass the run circuit and hard wire it to the computer. At least it will be a fun switch to flip when starting.

Justin just texted me, he has it working as reliably as it was when we got the donor. One WTF Chrysler and one Boner from us.

So it's now a running car, still have a windshield to destroy while trying to change it. and some finishing up sticking stuff back on/in, but it apparently approximates a car.

Seriously does ANYONE know someone more competent than us who can swap this windshield? SafeLight wants $500 to do it which is not an acceptable amount of money for this Krap machine. I'm not super worried about putting it on because what's one MORE leak. But I just know trying to get it off the donor will end in tears based on how crappy the other one was to get off. We'll just end up putting a diffrently broken windshield on it covered in blood.

Also death to whoever thought PWM LED work lights were a good idea.

Any local glass shops that are cheaper? I'll shoot more good money after bad, but $500 buys a lot of lexan and tek screws

Cant watch vid right now but the buzzer from the previous page is just that. a key/headlight/and prob seat belt buzzer, no mystery, no voltage regulation no ecu involvement...

In the 80s, my dad used to bring me those things home from work, customers hated them and would ask to remove the noise

You're going to have spare parts?

Anyone that runs a 80's Chrysler carries spare parts. Or any year Chrysler actually

.Seriously does ANYONE know someone more competent than us who can swap this windshield?

I posted on your windshield thread; have you considered the SpiderWire fishing line method?

If I had it to do over again and there wasn't a donor vehicle at the local U-pull-it [which also had a part removal service], I'd get the HF windshield kit [with that long pokey tool with a hook in the end so that you can pull a wire back through the sealant] and a hair dryer to soften [I hope, rather than harden] the sealant, and go for it.

I'm assuming you have already removed any trim from the windshield area of the donor vehicle. I also used a HF hook blade in a utility knife to cut down the sealant around the windshield, and to cut a little groove under the glass. Wherever I had good glass, the fishing line did really well - it was the existing cracks which cut the line. The line never made any additional cracks in the glass.

If I had a little more time, I would have tried the fishing line technique on a clean windshield at the U-pull-it. That's the 'wrap it completely around the perimeter of the windshield, underneath the glass on the outside, stick both ends through the sealant [using whatever method doesn't crack the glass], tie one end to the steering wheel, wrap the other end around an extension on a ratchet, and pull smoothly. There's YouTube video of someone [purportedly] successful with the technique.

On the removal of the shattered windshield, I used 65# test weight braided Spiderwire line I got at K-mart for about $15. I looked for the 100# recommended weight.

Each crack cut the line. But I easily got through 3/4 of the urethane sealant on the windshield in about 20 min. of steady pulling and ratcheting the slack. Pretty much steady through each section not cracked.  After it was out, it looked like what I removed was the third windshield on the car, based on the sealant levels.

I had the biggest problems on the bottom of the windshield, where there was uneven metal and the sealant was about 1.75" deep edge to interior; the A piller was maybe 1/8" to 1/4".

What helped me get through the bottom was a HarborFreight flexible wood finishing saw, the Japanese style saw - the one with the long handle [about $10] [link]:

I hope this helps.

We have a wire saw as well as a cold knife, but I really don’t like working with glass. It’ll be what it’ll be.

You have my most sincere hopes for a successful outcome.

Thick leather gloves and a friend to call 911.

Dash is in, mostly working, and the engine is still running, so we seem to have chased away the really angry electrical pixies. Brake calipers are... not happy. We THINK they're a 91 Daytona caliper, but does anyone know for certain? They certainly not stock, and it appears Daytona is a common upgrade.

Down to the wire, as usual. I'll be happy and sad to see it leave my garage. Still think someone should try to race it once on the 4 banger... just for laughs. 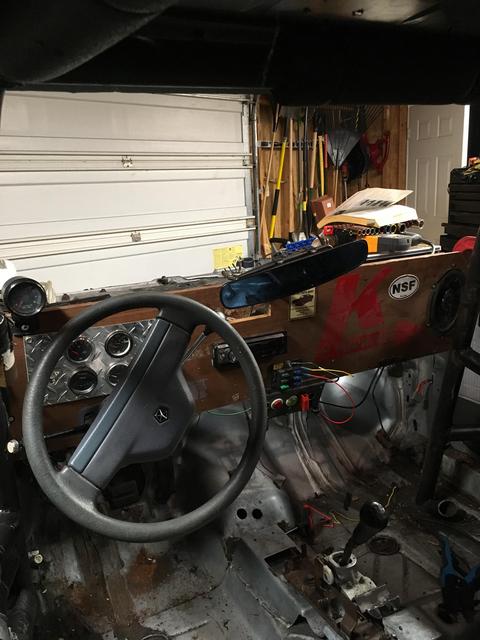 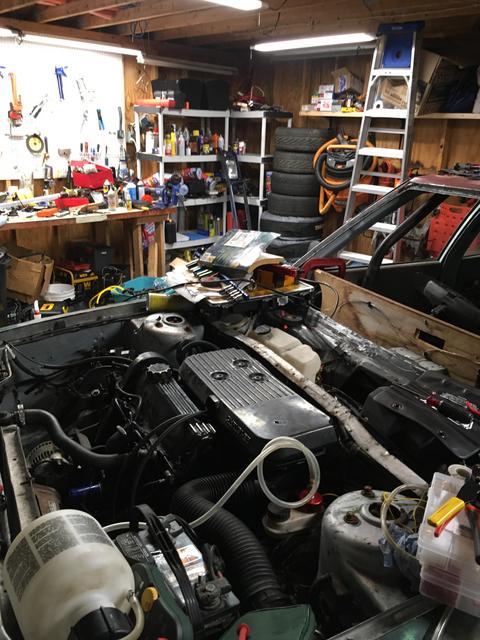 Got a response this afternoon on the Citrus Lounge on Facebook. 1991 Daytona front brakes. Got the new ones all installed and happy. Thanks!

So windshield didn't make it off the donor. Fingers crossed the place that said they would have one on Monday morning has one, or it's Motorcycle helmet time. 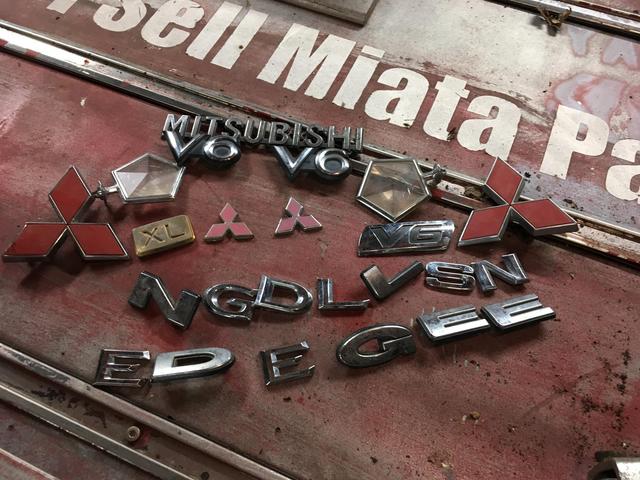 If they don't have one, hit me up before noon Monday, there's a place that says they have FOUR.

Did the K make it to Rally Start?

Yea it’s out there somewhere. It has over 700 bonus points so I think tony’s plan was to skip the stops to save his sanity.

Thank you guys for bringing the K back to life!

Being a part of the K saga is on my bucket list...