How i spent more time on random Daewoo badges than I did on the build.

Topic: How i spent more time on random Daewoo badges than I did on the build.

Why it is usually not a good idea to buy a car when Judge Phil specifically recommends it, by Texas Tom.

The Lemons Lemans came from the MSR Houston 2018 race when a random fan brought his one owner 80s hatchback to the race in the hopes someone would send it to the happy hunting ground for him since he was unable to bring himself to do it even with 300k on the clock.  We bought it, probably from a mix of 24-ish hours of no sleep, frantic car fixes and a final offering to the god-of-speed in the form of a piston rod finding Jesus somewhere other than its intended place on our crankshaft.

I have no idea what I was thinking, other than I grew up in the 80s and that dork-lipped 5mph bumper and hopelessly optimistic 8k tach reminded me of happier times full of Tab soda, the Noid trying to steal my Dominos pizza and a mild crush on Sarah Jessica Parker from "Flight of the Navigator".  The car was stored at our team member Brian Fennell's shop in Austin on our way to our respective homes around Texas and Colorado (Dylan, you hippie) and our attention was diverted to finding another motor for the Meat Wagon Pinto and some items for our prayer circle so we could summon the spirit of Fords past.  We must have mis-dialed because we only succeeded in giving Harrison Ford the bad idea to get killed off in the last Star Wars movie.

Random searches for any kind of speed or spare parts revealed the convoluted past of out 1989 Pontiac Lemans...the poor Daewoo company was absorbed by GM some time in the 80s and the began to badge engineer the dickens out of that South Korean deathtr---..economy car all over the planet, from the cold and apologetic North of Canada to the tipsy and decidedly unapologetic South in Australia.  The decision to go ahead and Lemons that car instead of deliver pizzas in it was made when its rally racing past was uncovered...This is the list of random crap I found for our build and why I could have just gotten a BMW and forsaked the fight like so many have before me.

Badges
Asuna - Sold by GM with thier Geo brand cars in Canada as the Asuna GT.  This badge was found on GM Parts Direct after running out of luck on KIJIJI (Canadian Craigslist) ...no really its a thing.  A guy on a Canadian message board dedicated to the GT, which only had like 3 members, told me that most Asuna parts arent listed in the search engine, but if you find a diagram of the grill it will list all the alternative badges and thier part numbers.  Total time burned, 2 weeks....total cost...$15.99 Candian

Bedford - Sold in the UK under the name Bedford Astramax which was a sedan version hacked and rvited with sheetmetal to make a sort of Mad Max delivery van.  Found badge on ebay, but would get my purchase cancelled every time I tried to buy it, reasons why to follow. I just made a sticker myself on the computer... Total time wasted...1 week...total cost...millions in copyright lawyer fees

Vauxhall Astra - Sold in Australia and other southern continents by GM, some even with the true Opel brand 2.0 turbo, which led to rally racing. Found badge on GumTree ( Australian Craislist) and bought with no problems or questions.  Seriously, the guy took my email description of our plans to dominate a Lemons race with a 1.6L shitbox from GM and just sent the badge before I had even PayPalled him.  I guess he figured I had enough on my plate.  Total time spent...3 weeks...total cost...$10 Aussie money, which is really just those little liquor bottles you get in a minifridge.

Opel Kadett - Sold in Germany and other European countries , found badge on German Ebay, no problems buying.  That thing arrived in like 48 hours, in a perfectl box with the most intricate wrapping inside that i have ever seen...those Germans probably dont even take a BM without a map and backup plan...Total time wasted...4 weeks...total cost... 99 Luftbaloons...

Passport Optima - Sold by GM to Isuzu, who then doublecrossed them and sold it in Canada under the Passport name.  I just bootlegged a Kia Optima badge and roughed it up a little, film noir style with a bright lamp and everything...Total time wasted...15 minutes...total cost...free at a walmart parking lot ( sorry Kia guy)

Daewoo Racer Lemans - Sold by Daewoo in a lot of Asia as a Racer until GM bought them out and switched it to Lemans.  I still dont know why the hallowed Lemans name was reused on an anemic hatchback in the 80s but it was a weird time for car names...who remembers the Charger 2.2?   I had ZERO results online, on Ebay, on Facebook...until I joined a Filipino Facebook group that delt in swapping parts for these cars since Oriellys doesn't seem to exist there.   A guy found the full un-findable set and asked me what i would pay for them, and since it was the badge that would really tie the car together I said $100 including shipping.  In my mailbox a week later...come to find out that $100 in the Phillipines can buy a whole Daewoo so I guess he had a merry Christmas...Total time blown...almost 4 months...

The GSI body parts that would help the car not look so much like a can opener I found through a guy on Ebay that had other GSI stuff to sell from the UK.  This with shipping was the single most expensive cost of the build, and we ran into a snag on the shipping.  In the UK the laws to snuff out chop shops make it mostly illegal to ship a lot of different used car parts.  We had to have him cut everything in half to render the parts unsuable, ship them over and plastic weld them back together.  This is why I never could get my Bedford badge from Ebay....Total time "down the loo"...2 months....total cost...I dont even want to relive that shipping cost so bugger off

The rear spoiler came from another Facebook group i found in South Africa, where the Opel Kadett E 2.0 turbo is affectionately named THE SUPERBOSS.  I laughed until i watched YouTube videos of slightly altered versions doing 800 HP roll down the drag stip in the mother country like a cheeta chasing bag of cheetos...The rear wings around the US were not the GSI version, so I had a guy ship one and found out later that custom mounting hardware was required.  That came from Australia again later on.. Total time spent on this...3 months...total cost...4000 South African Rand

The drop springs i discovered came from Poland , and they forgot one of them in the box so they sent a whole new set to make up for it.
( insert your own Polish joke here)

So thats it, I spent so much time on all this junk that I hardly even touched anything under the hood, but I did the basics like wheel bearings, brakes, CV shafts and air fresheners...That thing just spanked around corners and loved the new brakes and tires.  We were almost the slowest car on the straights though...Neal Losey drove a stint with us and said he found it particularly hilarious when he celebrated hitting 80 on the end of the straight only to look over and see through the fence a family car passing him on the highway beside the track.  Just goes to show that if Judge Phil recommends you buy a car for a race...maybe sleep on it.

Re: How i spent more time on random Daewoo badges than I did on the build. 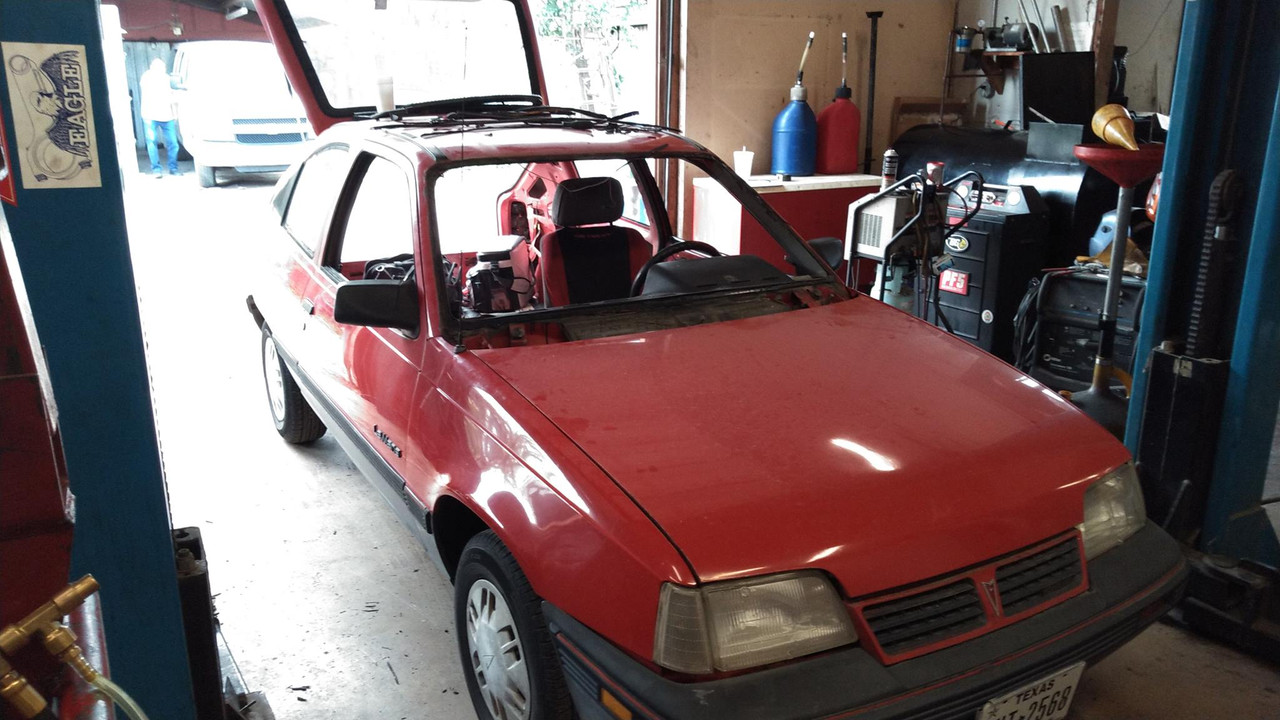 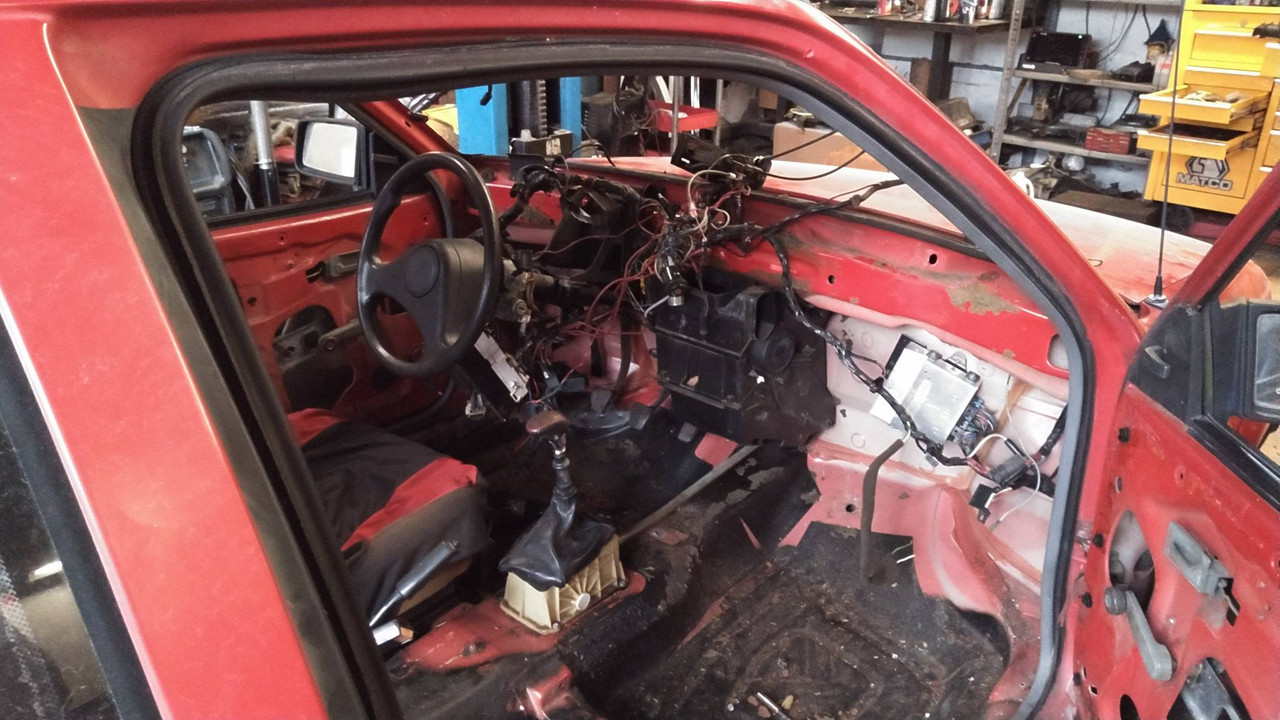 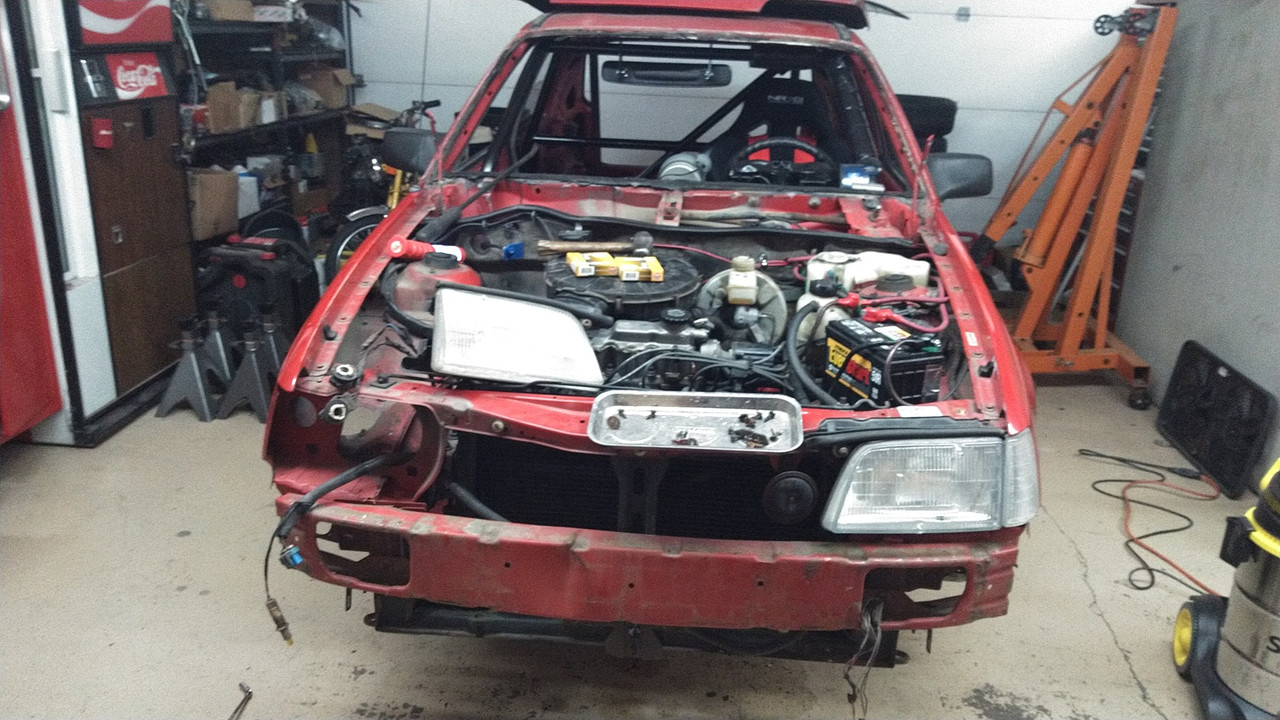 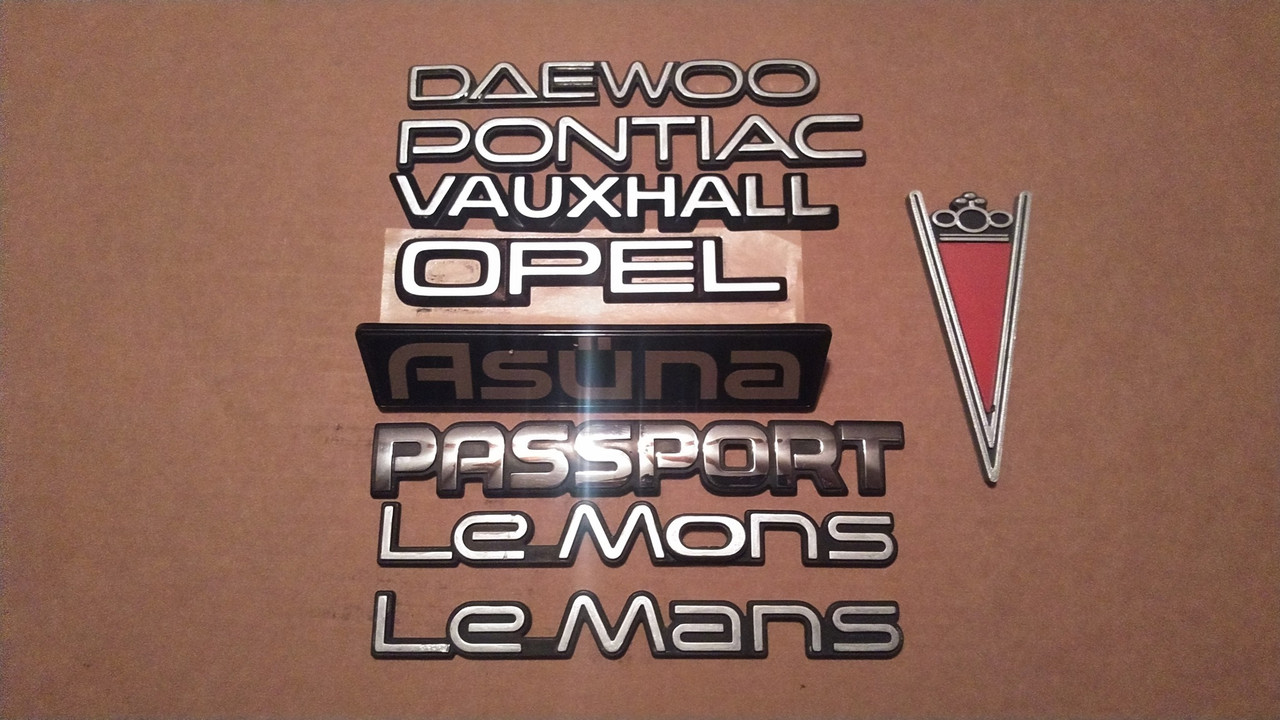 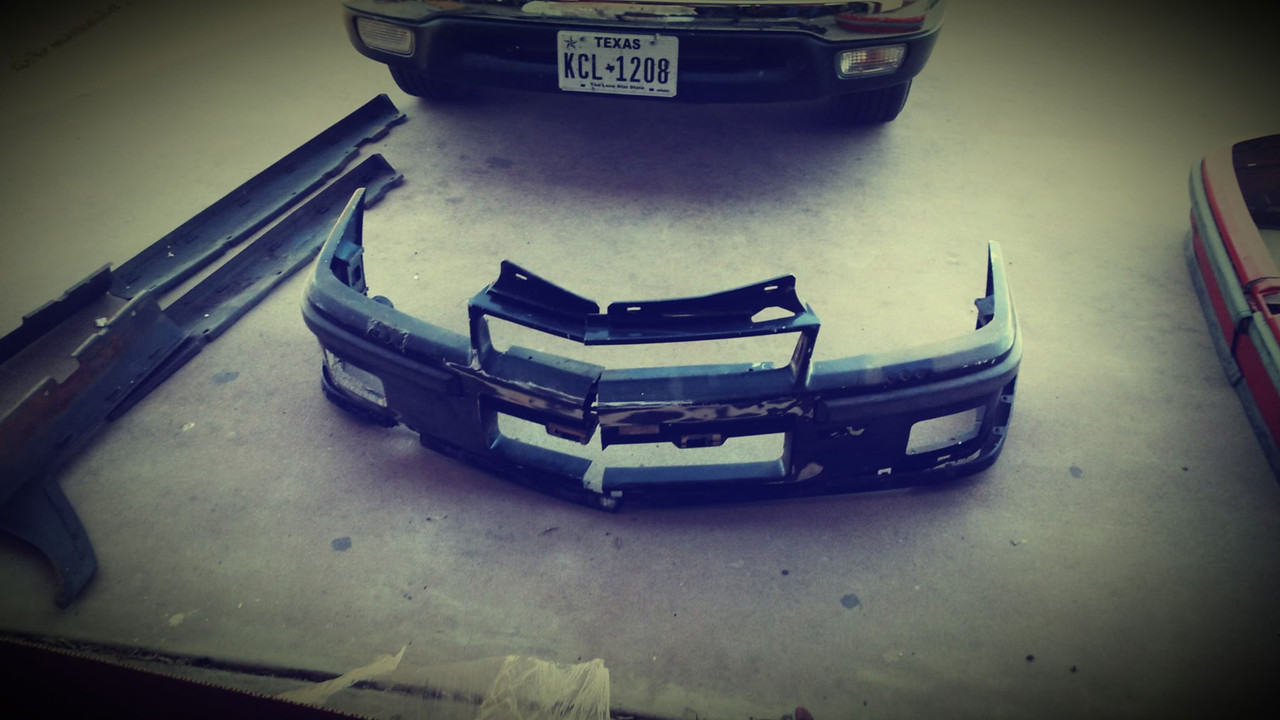 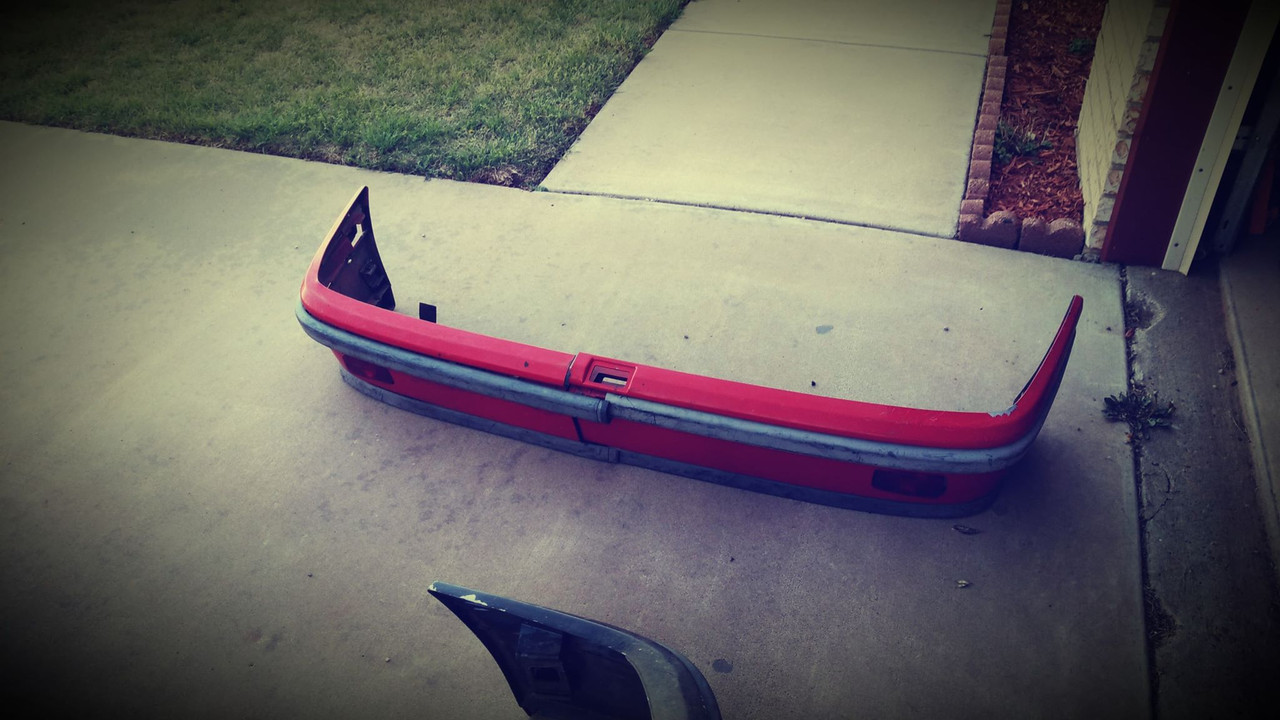 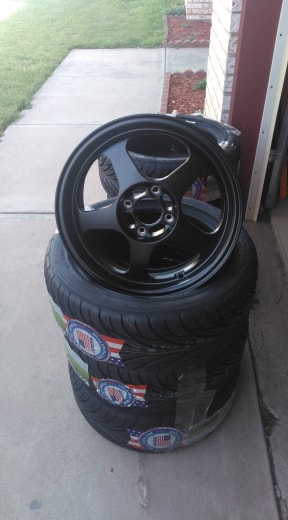 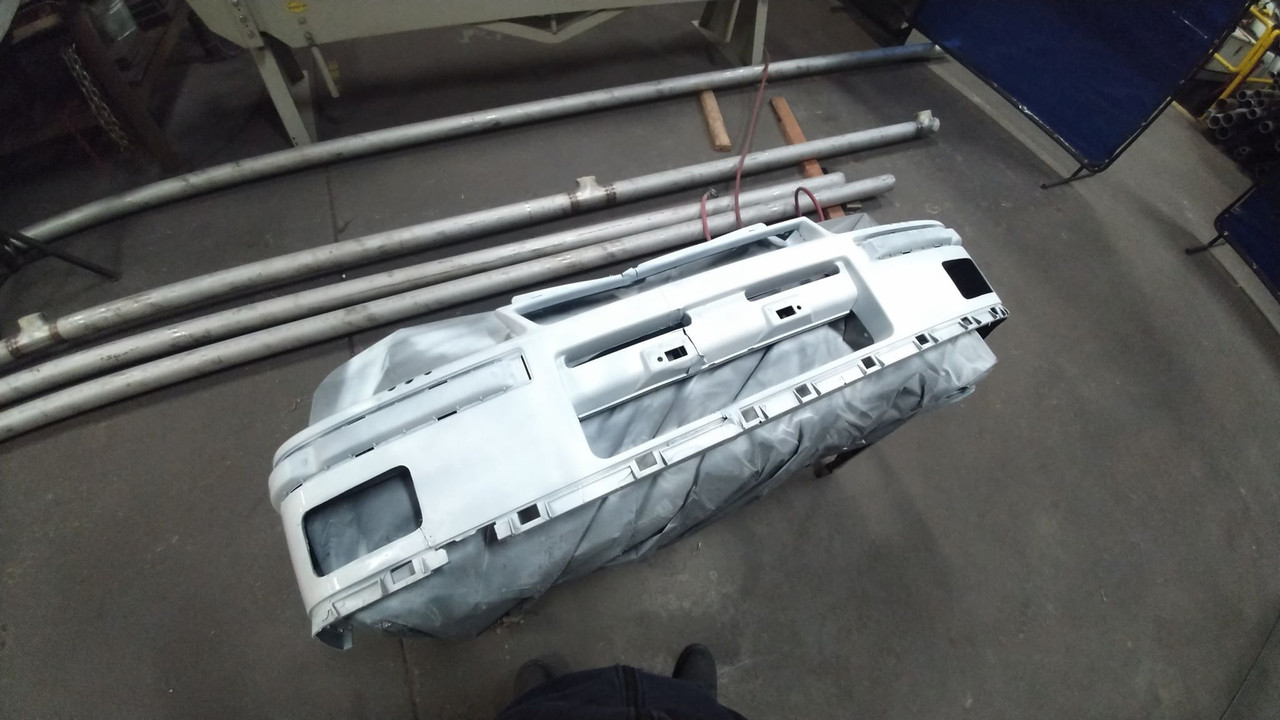 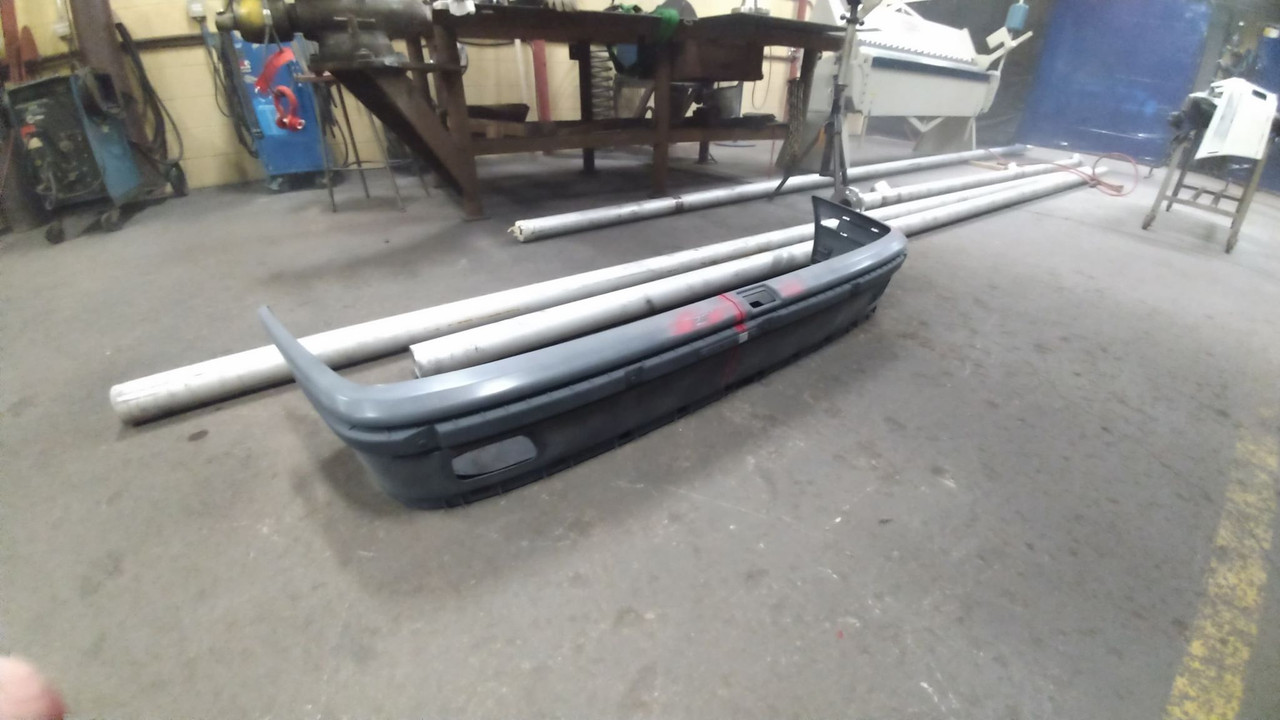 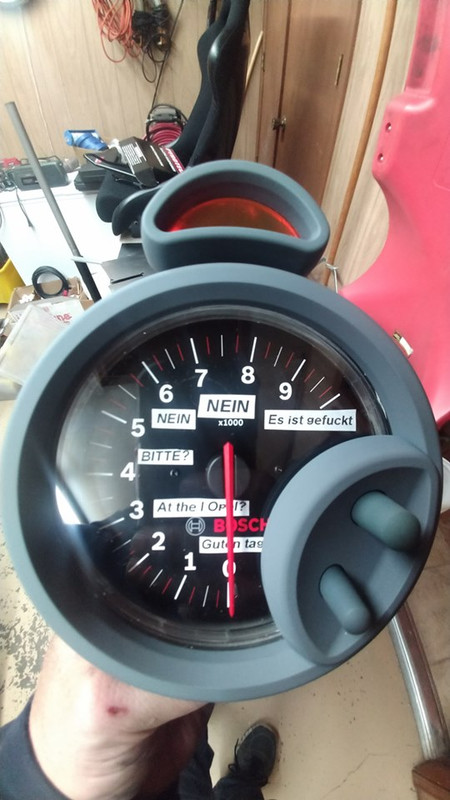 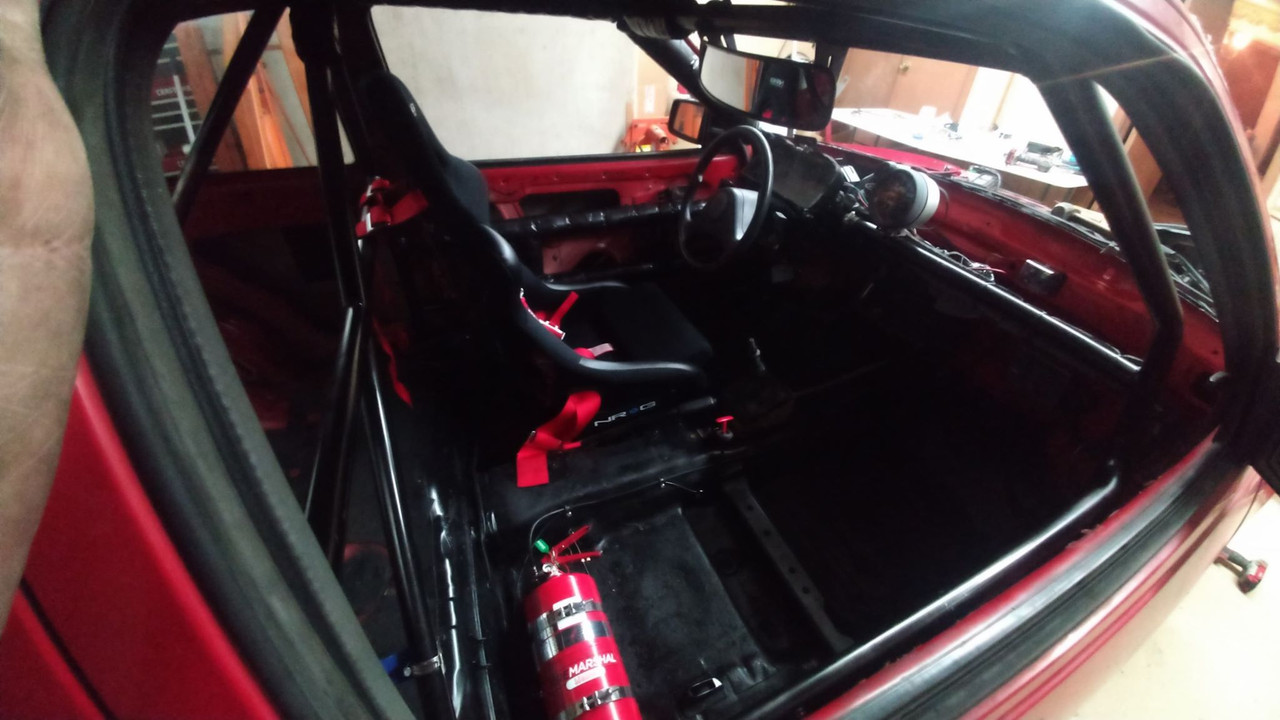 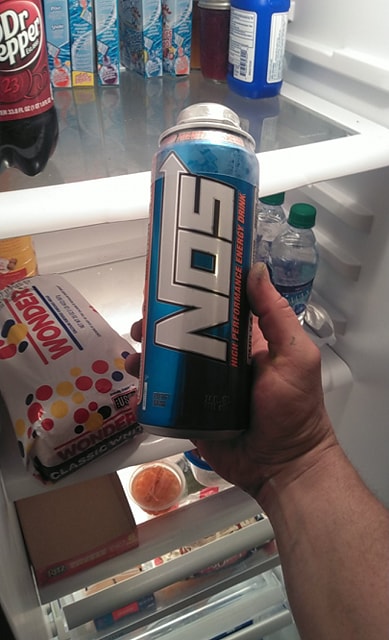 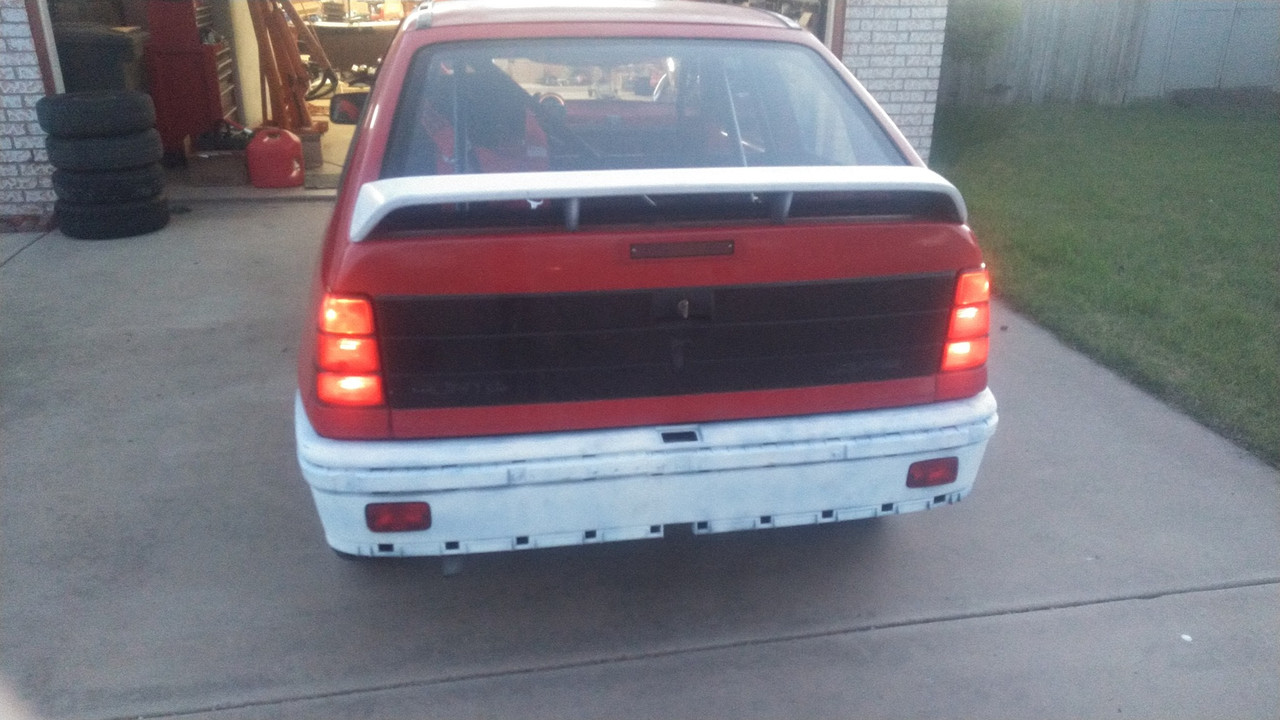 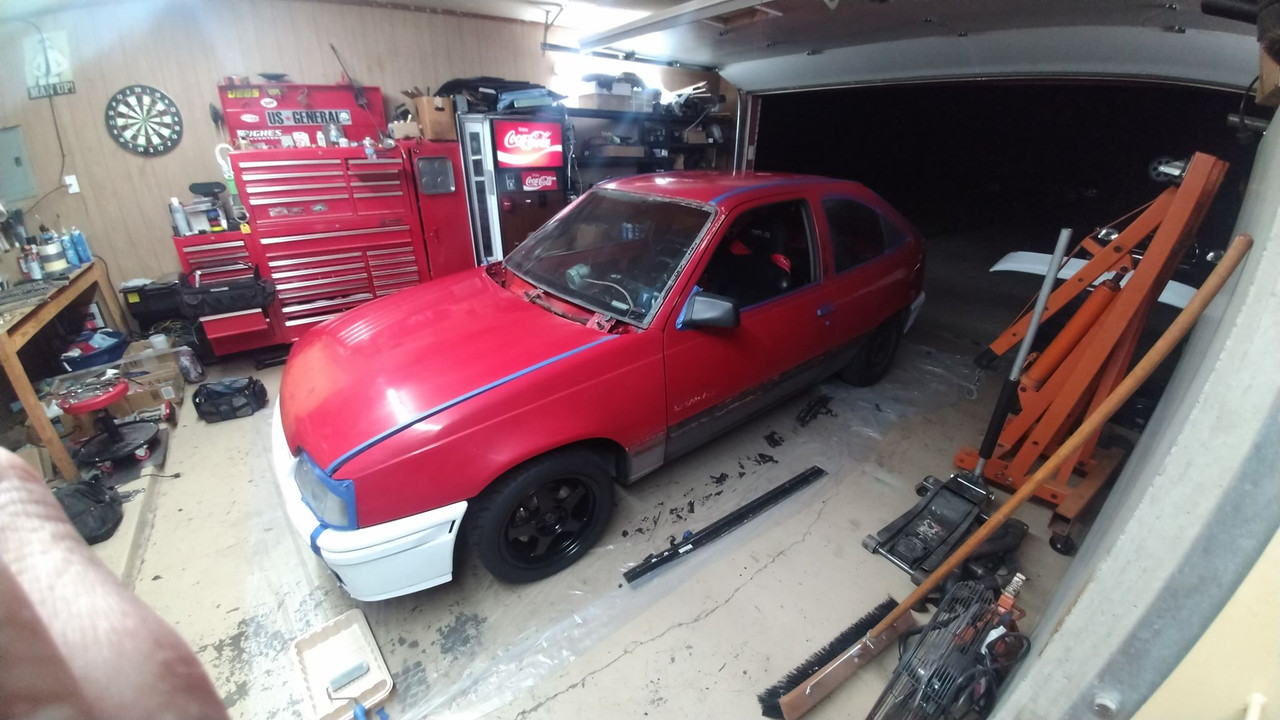 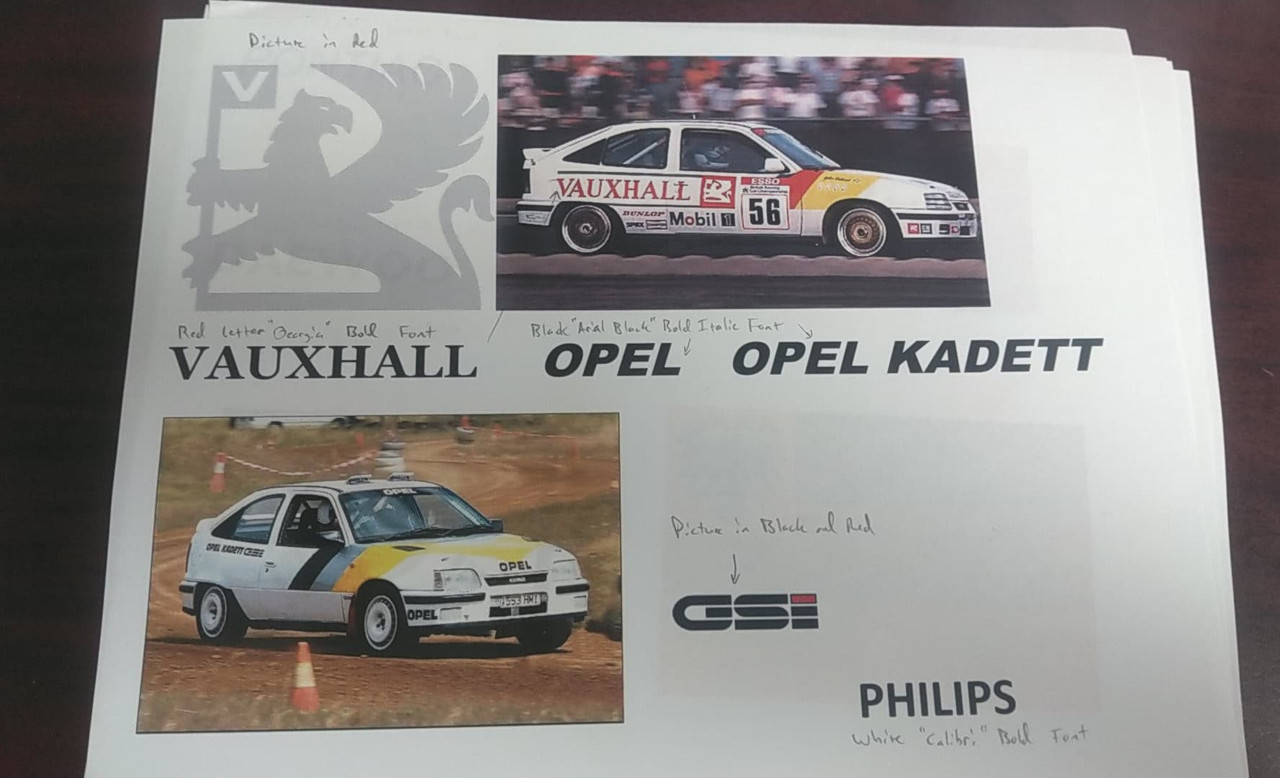 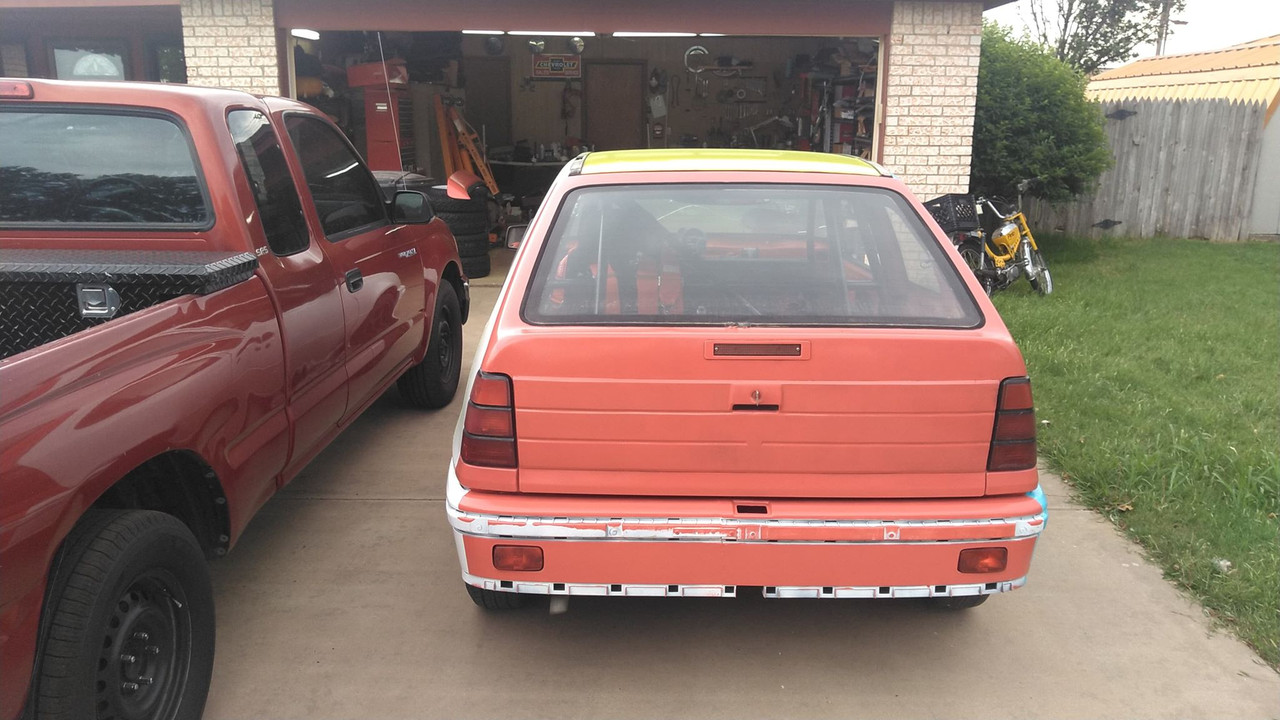 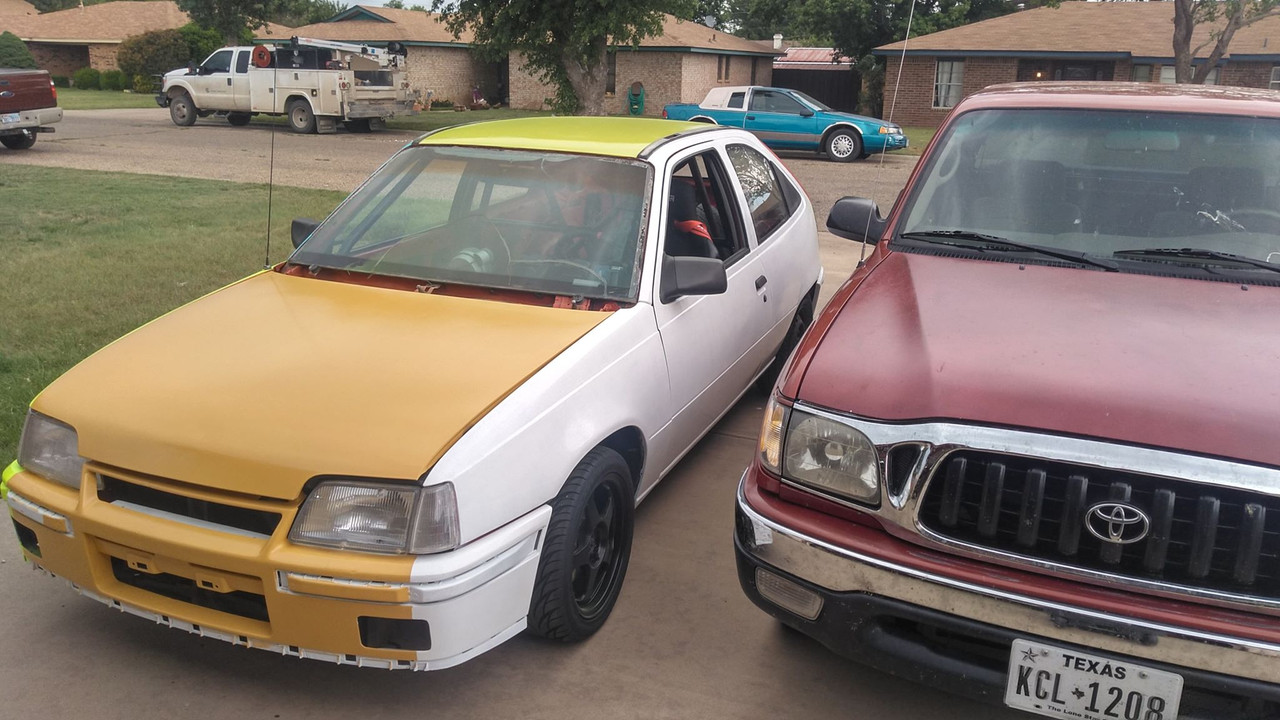 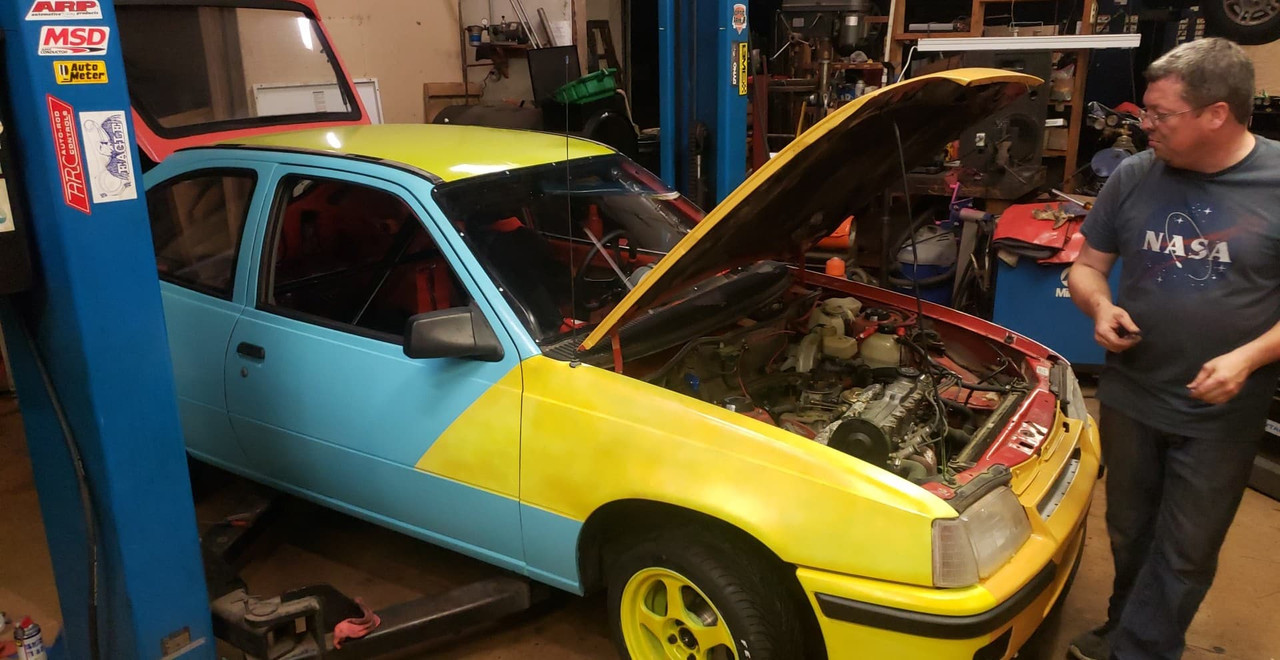 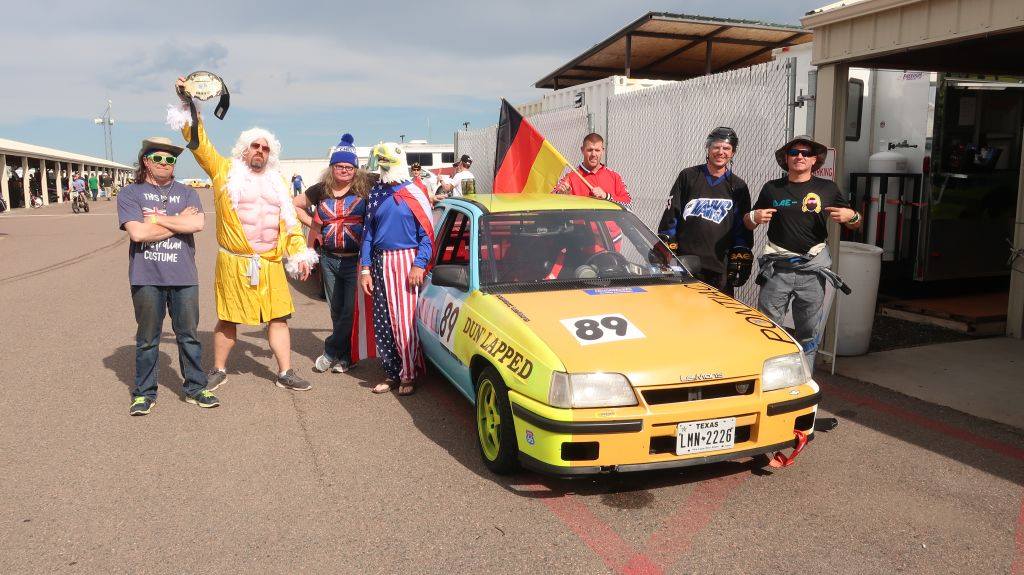 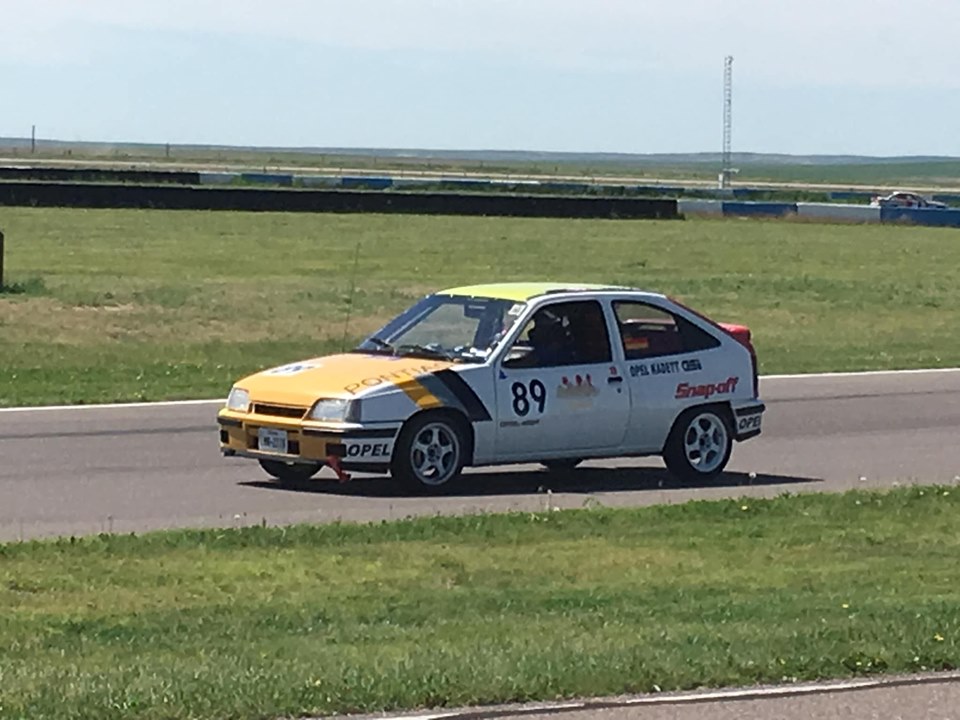 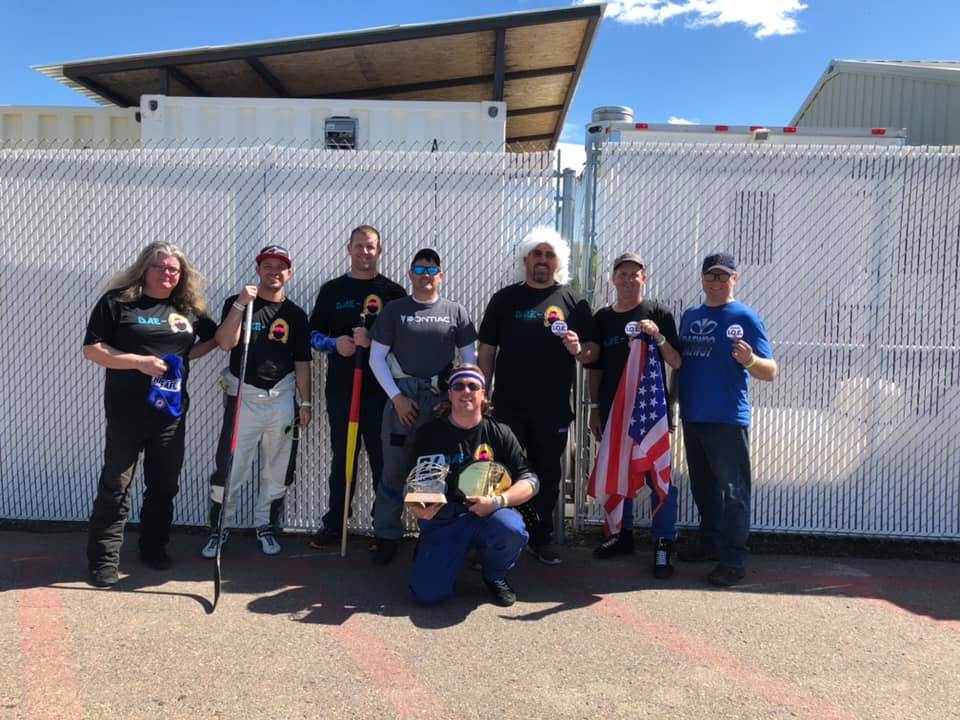