Hi! I'm Dan, one of the drivers for the Fighting Oil Bees. We just got back from New Hampshire. This is my third race, and also the third race for our car, but this is the first time we've actually finished (92nd place out of 113 lol)
I wanted to share some pics I took of the event. 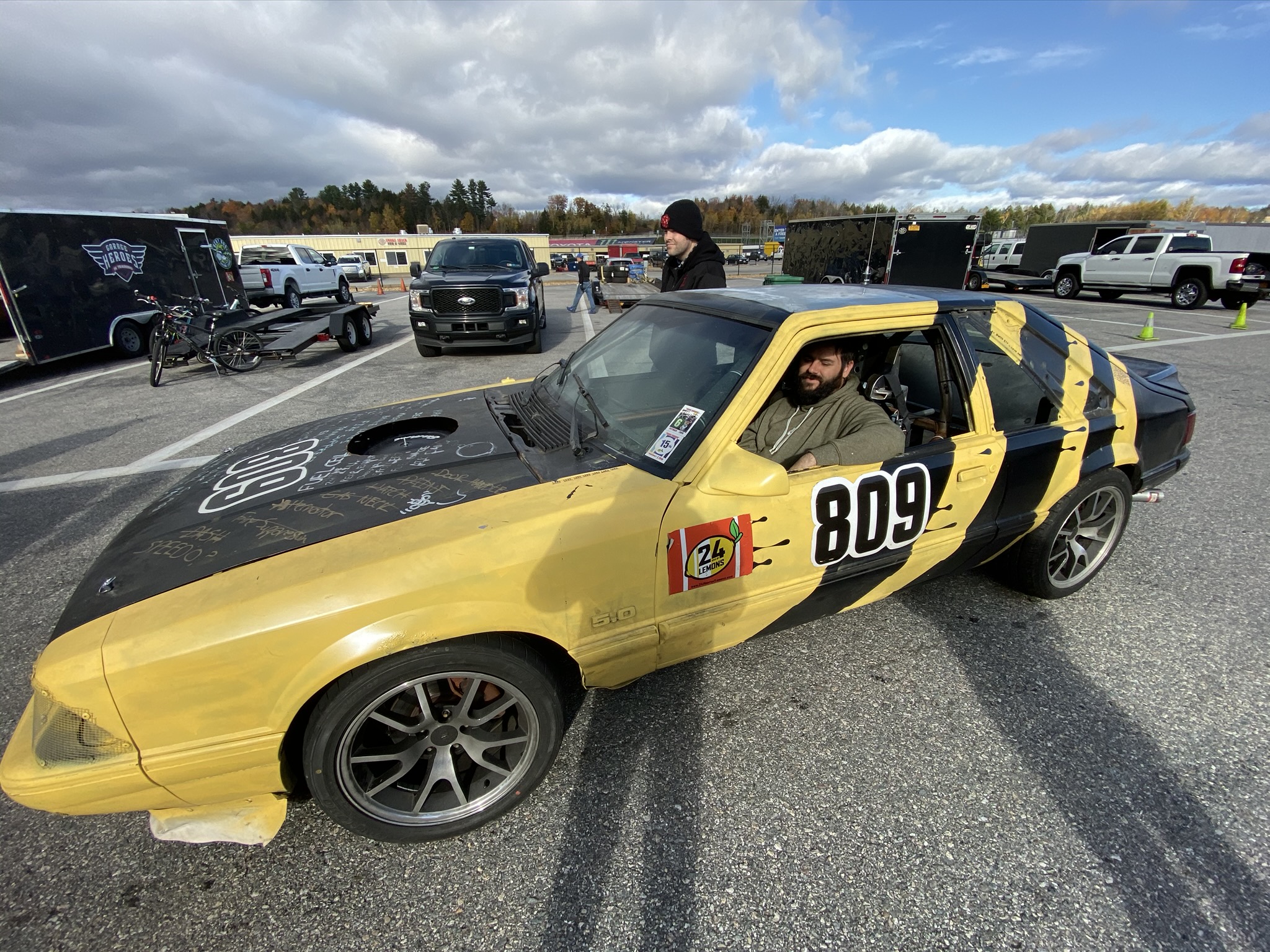 About the Oil Bees and our car:
We are the award-winning Fighting Oil Bees, based in Pittsburgh, PA. This is our 3rd race with this car, and our first finish. The team previously had an Integra, but that was destroyed in a crash so we ended up getting this '92 Mustang, car 809. Our first race with it was Gingerman in the fall of '18 and our second was Pittsburgh this April. At Gingerman, our team won Judges Choice for being completely clueless. In both of the previous races we were trailered because of fuel leaks, so for this race we said screw it and installed a fuel cell.

The car has a carbureted 302 engine, a T5 transmission, and a ton of wiring issues. The car has pretty much been stripped down and rebuilt from the frame so there have been a ton of issues to work out during the last 3 races. Our hope is, now that we've completed a race, we can maybe actually focus on racing instead of finishing the car. Despite me crashing into the wall twice during the race, the car survived and will race again.

Here's an album I created (sorry I don't have a ton of pics of other cars, it was a tight weekend for me and I didn't get the time to explore the paddock):
https://photos.app.goo.gl/LRYKjdhbuwT8gPYC9

I wanted to point out in the album, our neighbors, the mechanics on car 110 who worked all day Sunday to fix a burned out clutch, got it back out there only to blow the head gasket after a lap or two. Heroic attempt.

And the crash video:
https://youtu.be/IxaOim0FsHM

Car 99, the Johnstons Toyota team's black Camry Solara, executed a perfect pit maneuver and I went straight into the wall.