Full disclosure: It’s been pushed in to a wall and still needs repairs.  The repairs it’ll need include an inch or two of subframe straightening, new control arm, tie rod end, spindle and may be a few other small bits and pieces.  I have the control arm and spindle in the spares bin.  It’s a weekend’s worth of work with the right tools and an extra set of hands.  The cage and all other structural parts have been examined and are fine.

This has been a terrific, reliable and competitive car for the 20 + races I’ve owned it.  It’s fast enough to battle anything in B, it has great brakes and handling is very predictable.  It’s competed in and finished two 24-hour races.  It’s finished as high as 3rd in B and 12th overall.  It’s beaten a lot of the cars in every class in the Midwest and it’s always competitive.

It’s a great car for a young team with a little willingness to fix the bent stuff and/or a team that doesn’t want to spend the $5000 + that’s necessary to build a new car.

I’m selling it because I just bought another LeMon.

When I bought it, I promised that I’d return it to the Lemons community better than I found it and at the same absurdly low price I paid, so I’m selling it for $1000.  The cage alone is worth more than $1000!  PM me here for more details. 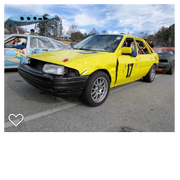 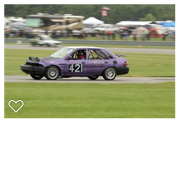 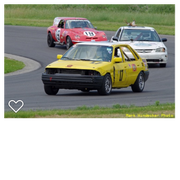 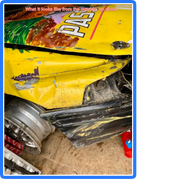 Bump.  Spend a weekend and make this car yours.

I'd hate to send this car to the crusher.  It deserves to continue racing!  Email me with the link on the left and lets talk.