Dueling Dusters, Bobcat vs. C230 with the same engine, some great team names, Bad Decisions with an F-Body (!), and 23,000 Ford Foci. Y'all get the early glimpse on the Forums. 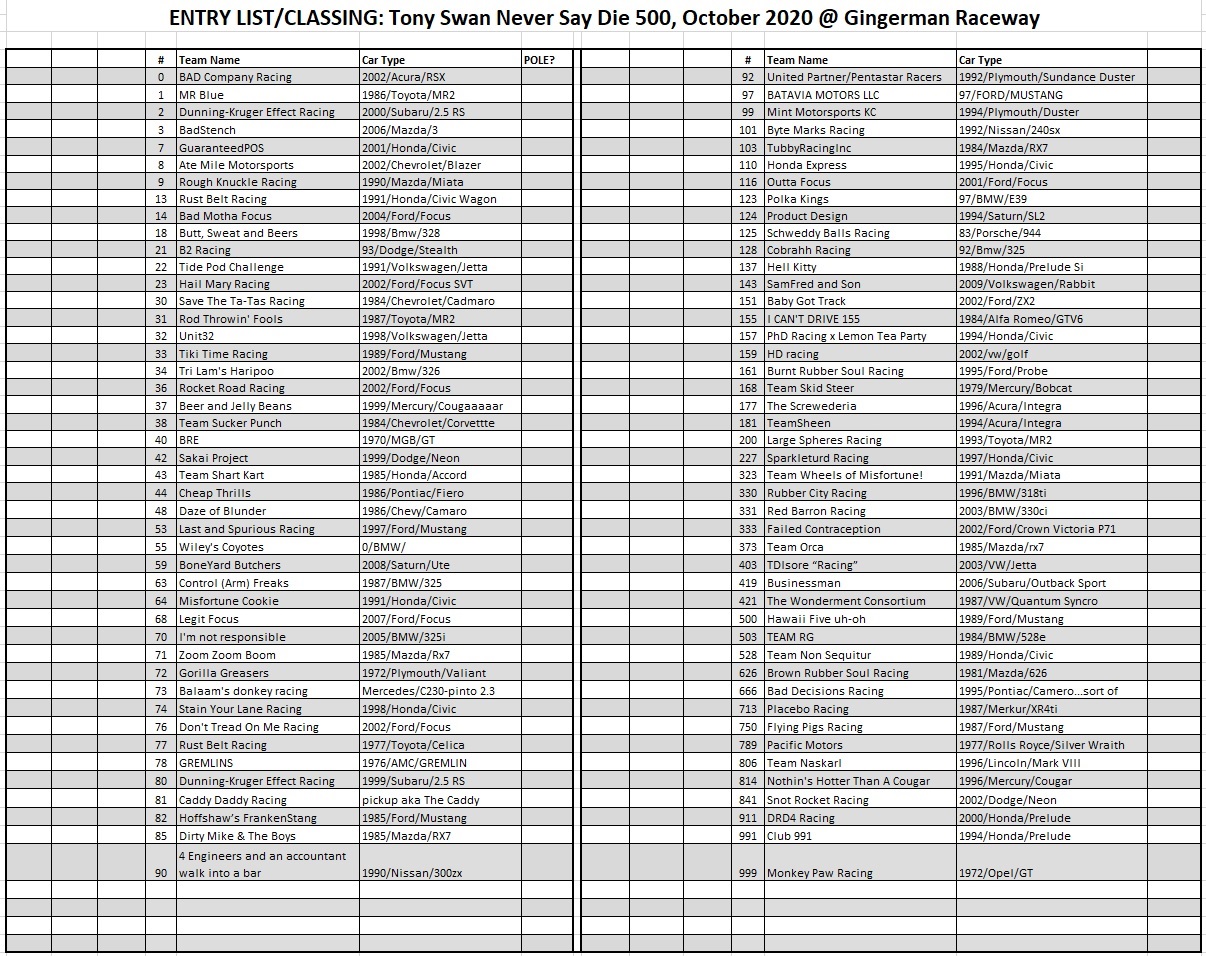 Also, here's where you can donate to Lemons of Love:

Good thing whoever took 420 decided to {not} pay up

"THE WONDERMENT CONSORTIUM"
Everything dies baby that's a fact,
But maybe everything that dies someday comes back?

I'm too lazy to upload a new entry list jpg, but there were a couple of changes.