I was just reading stuff on the internet and came across this:

Past purely outrageous vehicles include the infamous Jim Hall Chaparral-style “sucker” Corvette—a previously-rolled 1986 model availably inexpensively in the Tradin’ Post classifieds that was given, where the passenger seat used to be, a 40-horsepower snowmobile engine running a vacuum-like alloy fan sourced from an M1 Abrams tank for the military-surplus price of $26.50, coupled with lower side skirts on casters, that made the car stick to the track like super glue with a calculated 1000 pounds of downforce.

It was the bane of corner workers on the autocross; when it passed by the fan spewed out a blinding, stinging cloud of sand and gravel it sucked up from the track surface. The twin Garrett T25-turbo V-8 product of a group of Procter & Gamble engineers with too much time on their hands, Team Cheaparral, which is what they called themselves, pointed up the need to succeed: “It’s hard to change human nature,” Suddard said. “A guy who spends a million hours in labor is still not over budget, and we recognize it’s hard to compete with that.”

The Chaparral 2J at the Goodwood Festival of Speed
The most unusual Chaparral was the 2J. On the chassis' sides bottom edges were articulated plastic skirts that sealed against the ground (a technology that would later appear in Formula One). Two fans adapted from a military tank engine were housed at the rear, driven by a single two-stroke twin-cylinder engine.[5] The car had a "skirt" made of Lexan extending to the ground on both sides, laterally on the back of the car, and laterally from just aft of the front wheels. It was integrated with the suspension system so the bottom of the skirt would maintain a distance of one inch from the ground regardless of g-forces or anomalies in the road surface. The skirting produced a zone within which the fans could create a vacuum producing downforce on the order of 1.25 to 1.50 g when the car was fully loaded (fuel, oil, coolant). Tremendous gripping power and greater maneuverability at all speeds were produced. Since it created the same levels of low pressure under the car at all speeds, downforce did not decrease at lower speeds. With other aerodynamic devices, downforce decreased as the car slowed or reached too much of a slip angle.

The 2J competed in the Can-Am series and qualified at least two seconds quicker than the next fastest car, but mechanical problems limited its success. It only ran in the 1970 season, after which it was outlawed by the Sports Car Club of America (SCCA). Although originally approved by the SCCA, they succumbed to pressure from other teams who argued that the fans constituted "movable aerodynamic devices". Sanctioning body FIA had banned such devices beginning with the 2E. There were also complaints of debris generated by the fans damaging the following cars. McLaren argued that if the 2J were not outlawed, the Can-Am series would be ruined by its dominance – something McLaren had been doing since 1967.[6] A similar fan was used in Formula One eight years later on the Brabham BT46B, which won the 1978 Swedish Grand Prix, but the company reverted to the fanless BT46 soon afterward due to concern for a rules violation. The car was later deemed to have been within FIA technical specifications.

***
Has anyone tried this?  or heard of anyone doing this in a race car? Possible for Lemons? or banned?
Way above my skill level, but certainly there must be a bunch of mad scientists, screw balls, innovators, sadomasochists, etc. out there in the Lemons community that could do this...

And SO much Theme potential: Lemon suckers, Sucker born every minute, You Suck, Leaches, Octopus...es?.,  etc.
Or, Hoover, or put it into a Dustbuster Pontiac Trans Port, 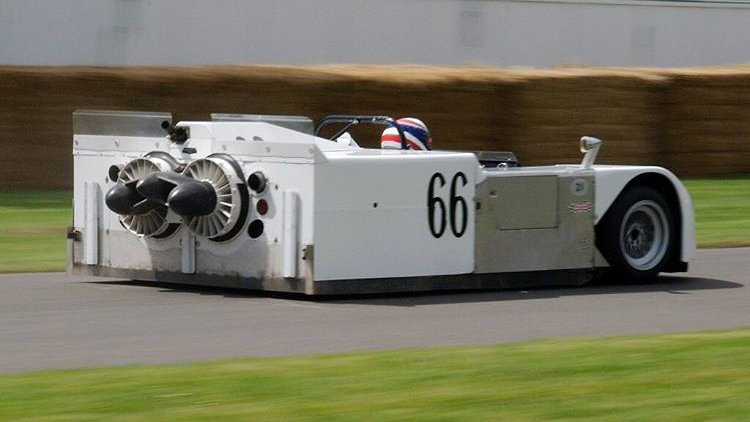 We've had a few Craparrals.

The Our Lady of Perpetual Downforce Civic was originally intended as a sucker car before they attached giant airplane wings. Phil wrote about that car for Jalopnik ages ago and then again for C/D. 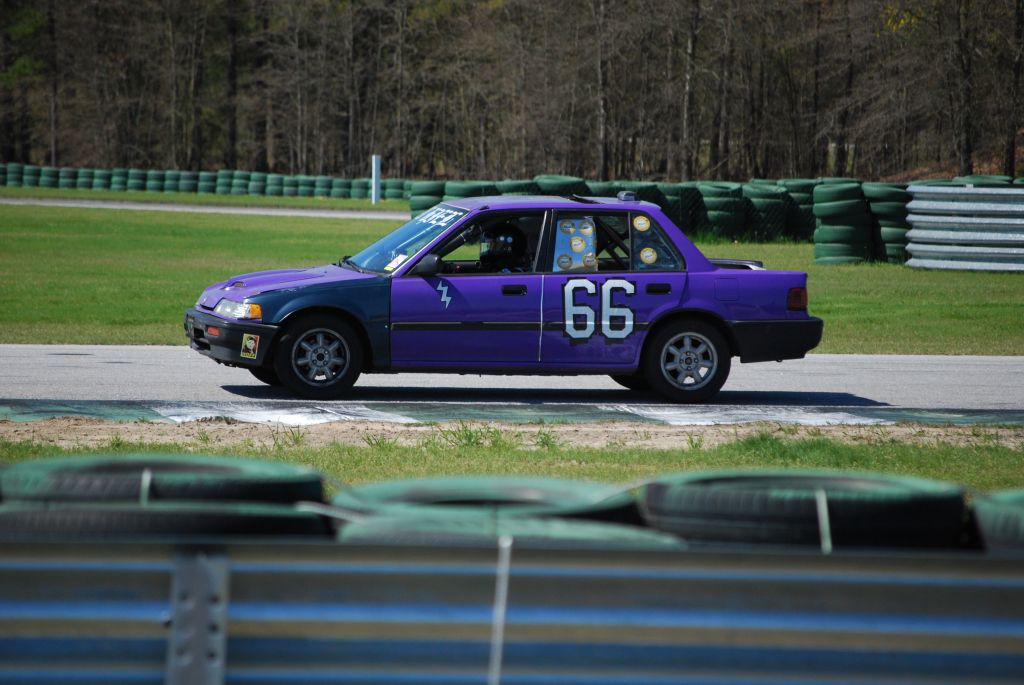 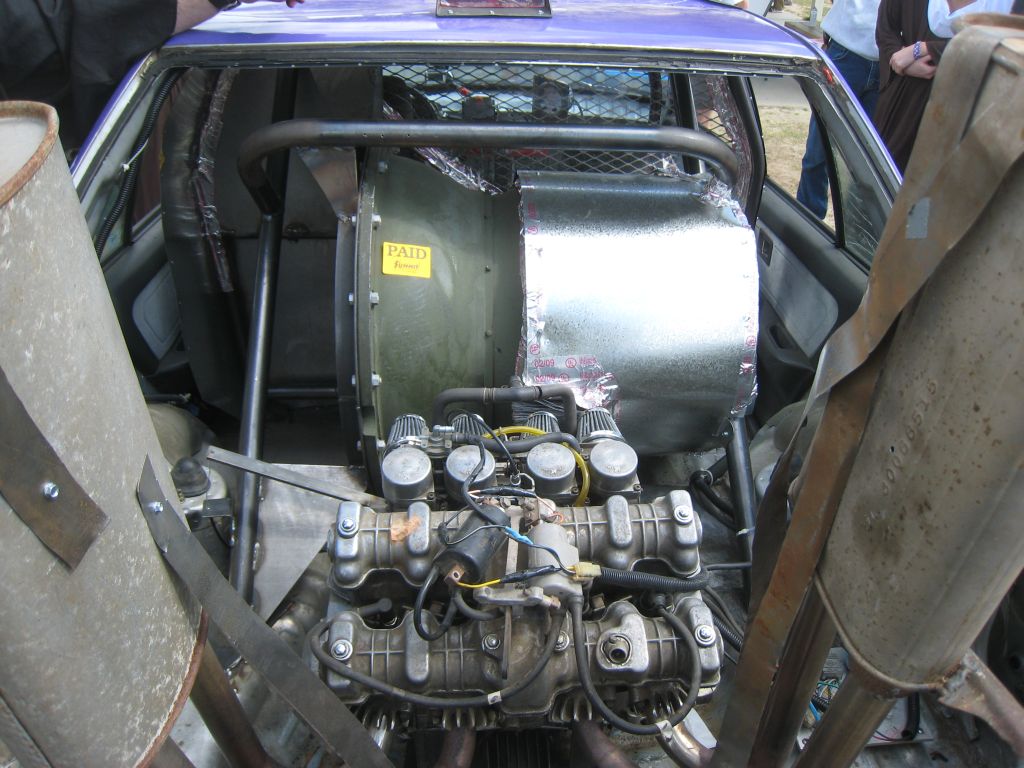 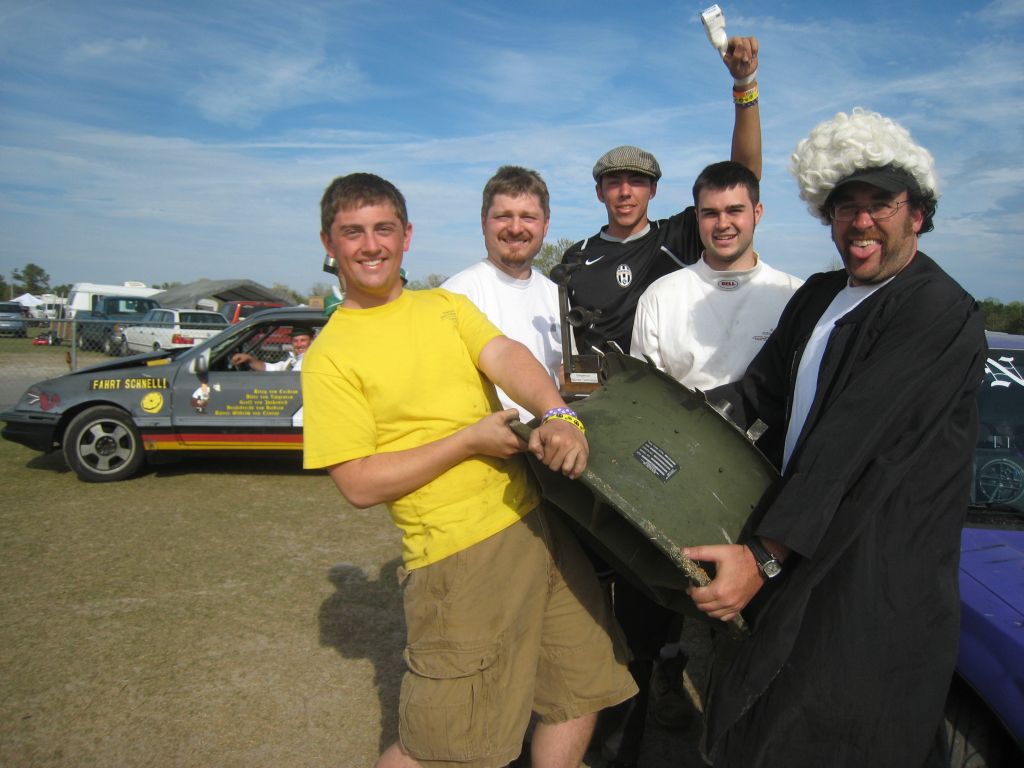 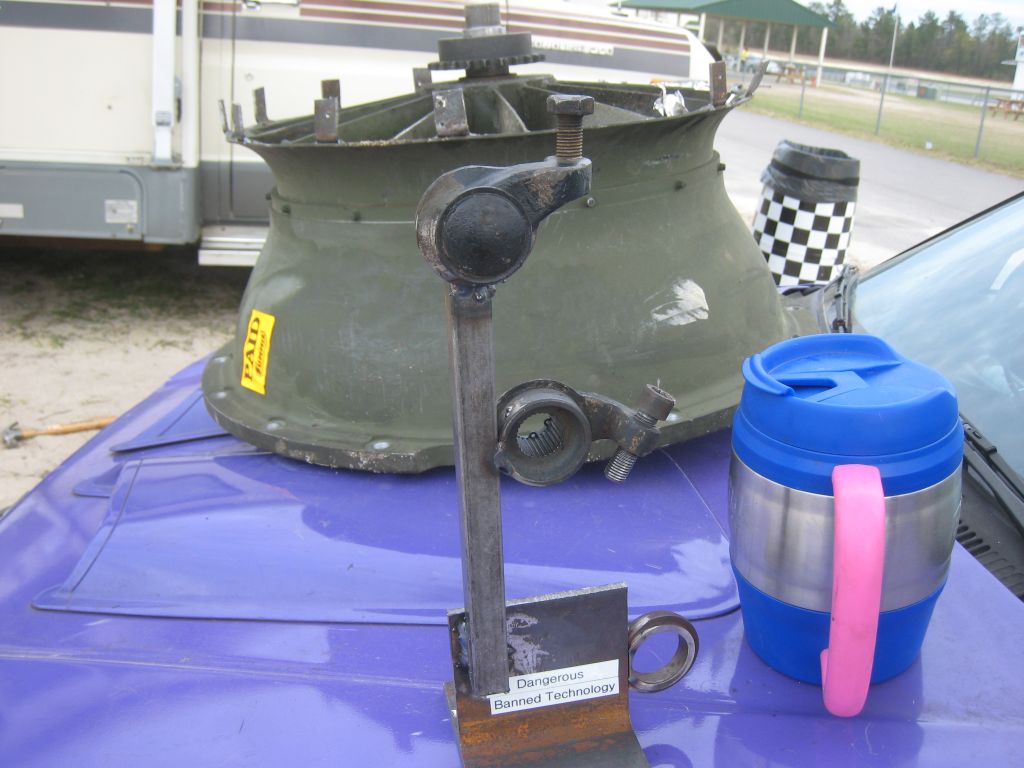 Apex Vinyl in Houston did a sucker-fan in the bed of their Hilux back in 2009 with a skateboard-ramp wing for extra downforces. 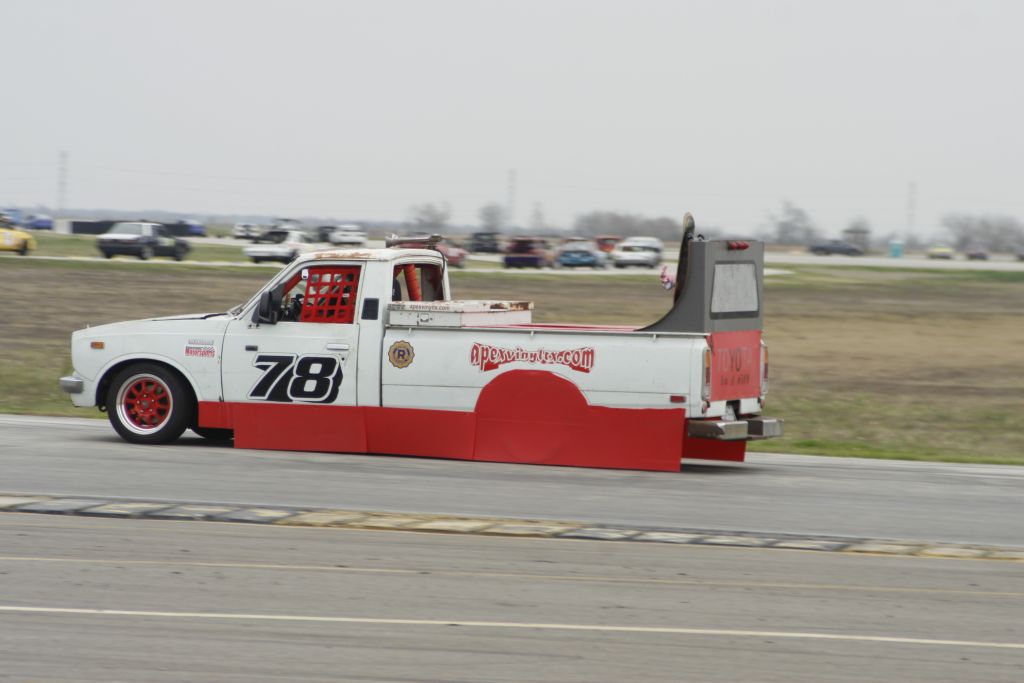 There was a CRX on the West Coast that raced as recently as 2014 done up like a 2J (and later without it), but I have no idea if it had a fan or anything. 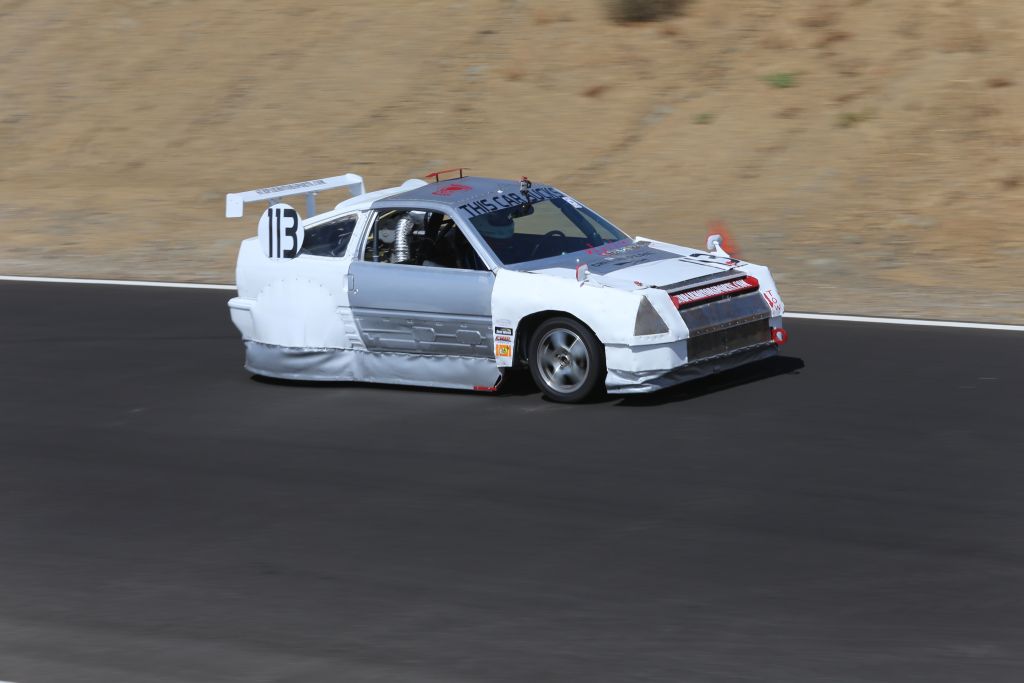 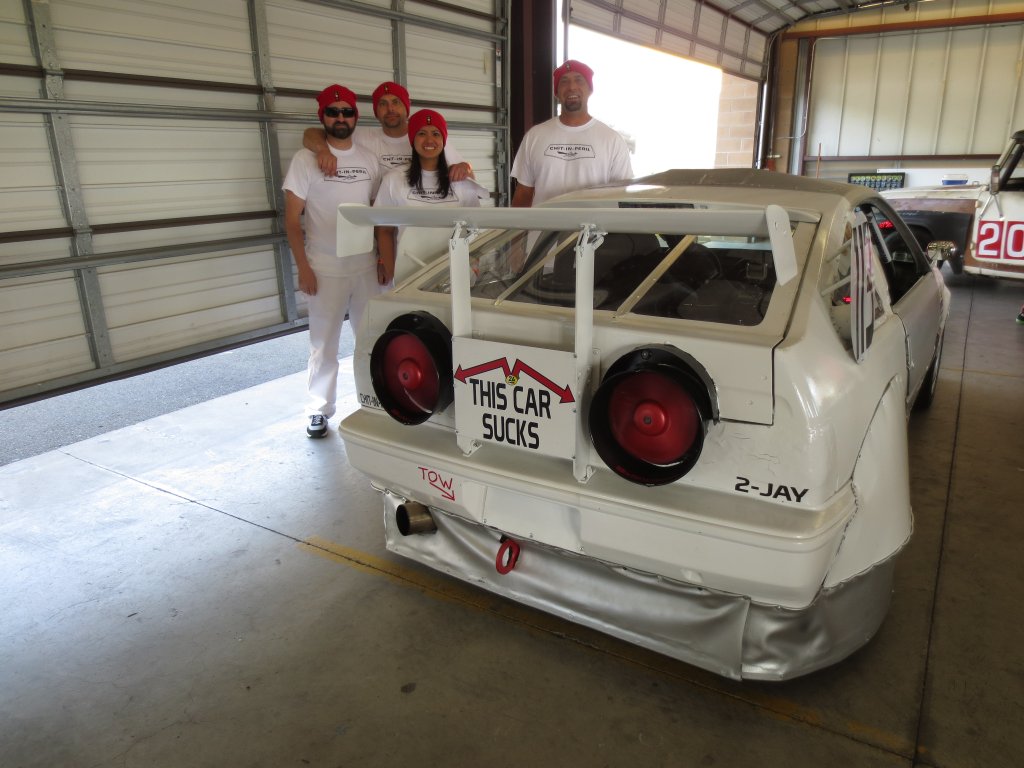 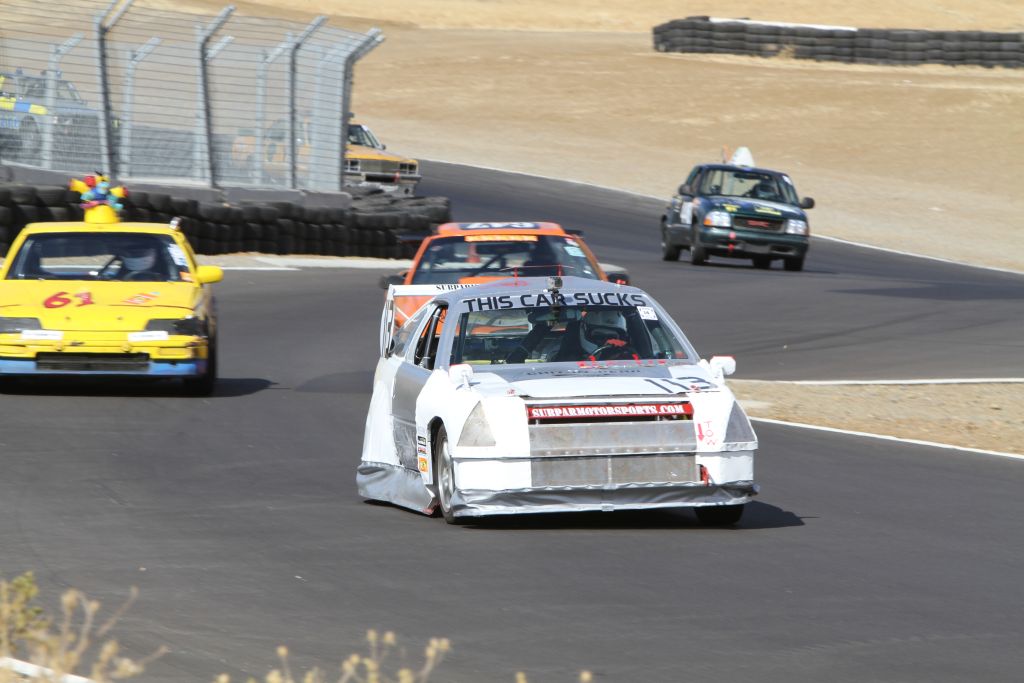 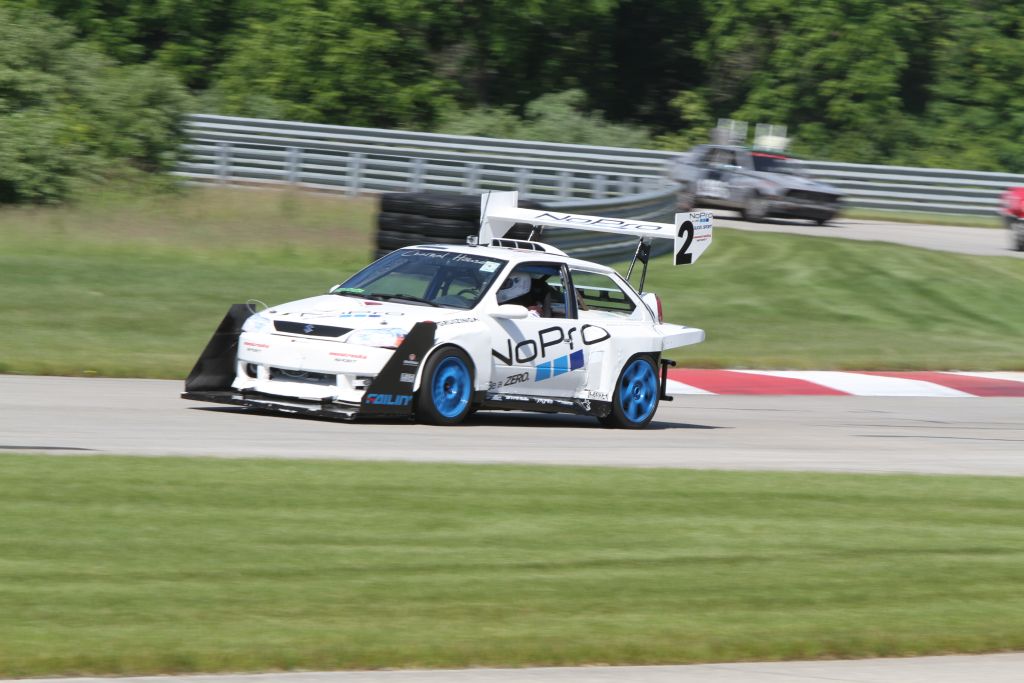 The MetSHO was one of the later hill climb Suzukis. 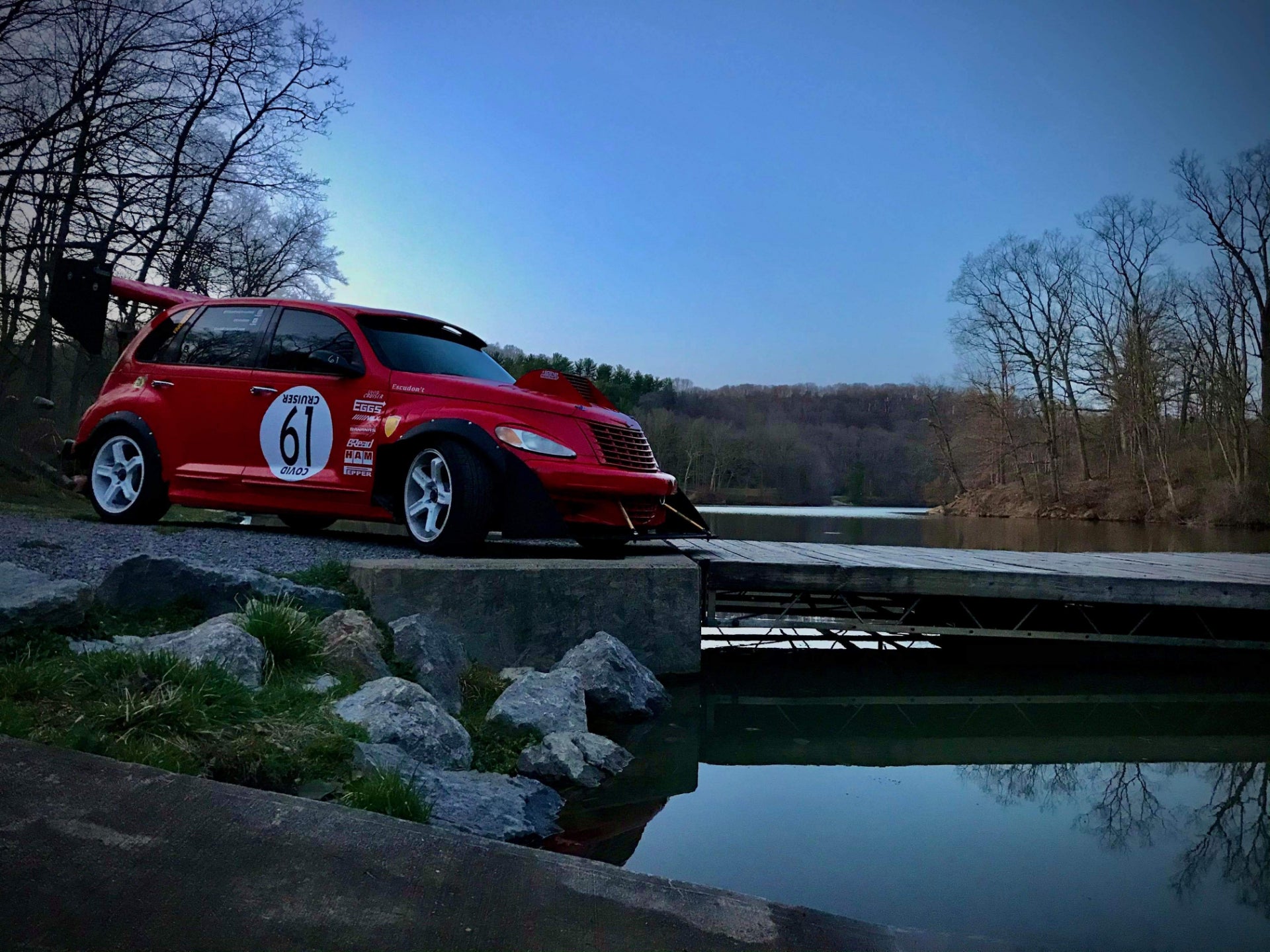 And the PT Cruiser guys at PittRace did the "Escudon't" that is pretty spectacular. 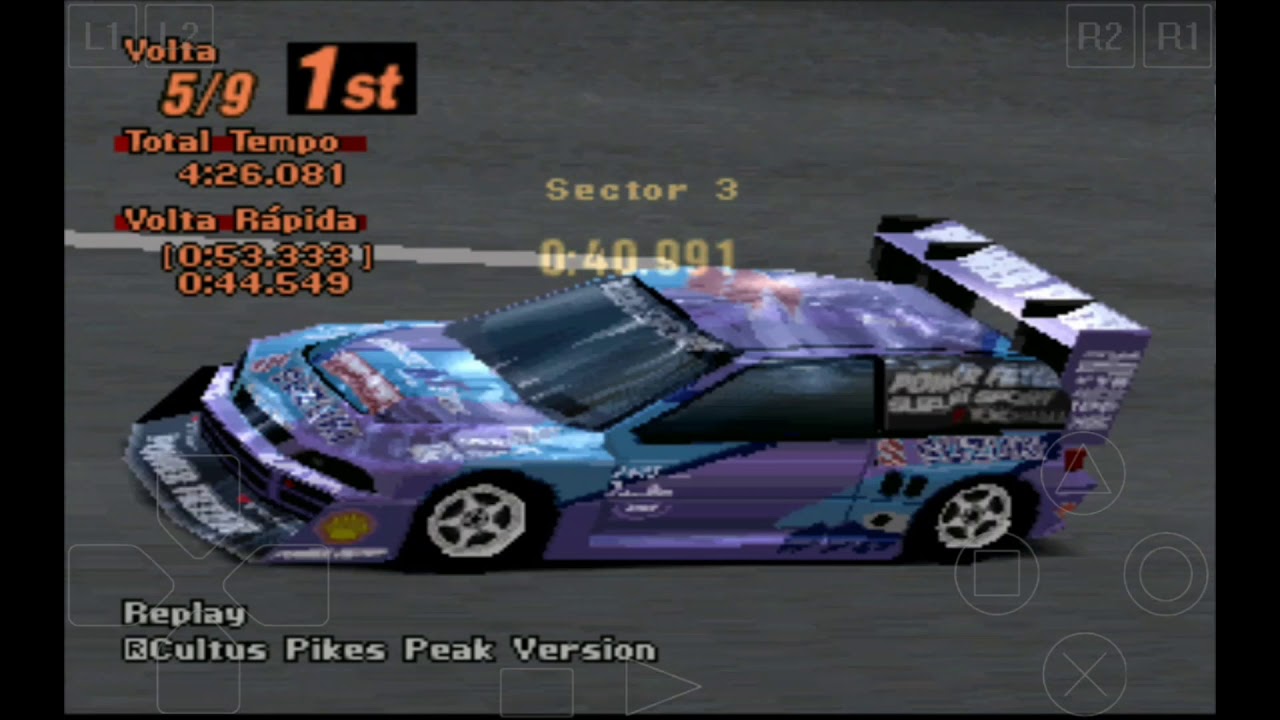 Nobody has done the Pikes Peak Cultus that was also Gran Turismo-famous. The Cultus, BTW, is another name for the Swift/Geo Metro. So that one is just out there dangling for someone.

The actual Escudo was the same here as the Suzuki Vitara/Chevy Tracker, so that's also an unexploited theme AND we have never had a Tracker, Vitara, Grand Vitara, or XL7 in Lemons yet.

An ex-girlfriend's mom drove a five-speed Tracker for years. Terrible roadgoing vehicle with an insanely harsh ride and ALL of the NVH. That said, the base engine is 130 HP and the V6 is a pretty reasonable 155 for a sub-3,000-pound vehicle. Making it handle at all will be a challenge, but I would guess the longer-wheelbase second-generation probably won't handle worse than, say, a Chevette.