How much is the Tow Beast worth?

The 24 Hours of Lemons Forums → Other Random Car Stuff → How much is the Tow Beast worth?

Topic: How much is the Tow Beast worth?

I'm planning on selling my Tow Beast, but I'm having difficulty figuring out what it's worth.
The Kelly Blue Book says that any truck over Class 3 is simply too awesome to be assigned a monetary value.  Have any of you sold a truck above Class 3, and if so how did you determine a fair price?

It's probably safe to assume nobody here has, so please weigh in with the $ you would pay for it.

It's a 2003 International 4300LP box truck with a crew-cab (4 doors!) and a 8' x 20' box fitted by Supreme.
The LP in the model means Low Profile - it's on 19.5" rims and the frame changes shape toward the rear to accommodate the rear axle.  The box's deck height is similar to a large UHaul.
It can seat 6 (if you put the annoying front center seat back in.)
The GVWR is 25,500, so the buyer won't need a special license (as long as their trailer weighs less than 10k lbs).  It has dual-circuit air brakes for safety, and I added a trailer brake controller that reads the brake pressure from the highest circuit and modulates the electric brakes accordingly.  It also has air suspension on the rear axle, on the cab, and on the driver's seat (adjustable height and lumbar).
I added a Class V receiver hitch rated for 16k lbs and the GCWR can be 30k lbs with an uprated sticker from International (they didn't list the GCWR by defualt in 2003), so you could (legally!) haul at least 7 tons of junk to every race.
The engine is a DT466 inline 6 with 215hp and about 400k miles on it, during which the ECU thinks it used around 50,000gal of diesel, for a lifetime average around 8mpg.  The last oil analysis showed good rings and bearings and after replacing the injector seals and two HEUI injectors, it has full power from all cylinders.  International did make a 250hp variant, and I think the main difference was the injectors, ECU, and radiator, should the buyer want "Moar Power".
The transmission is an Allison 2000 5-speed automatic without parking pawl, so the spring brakes are also the parking brakes.  The transmission is the limiting factor for the 30k GCWR.
50 gal fuel tank.
It has a smokestack and is under 12' tall, so no annoying low bridge shenanigans.

So - how much is it worth?  Please add your vote in the comments below!

Re: How much is the Tow Beast worth? 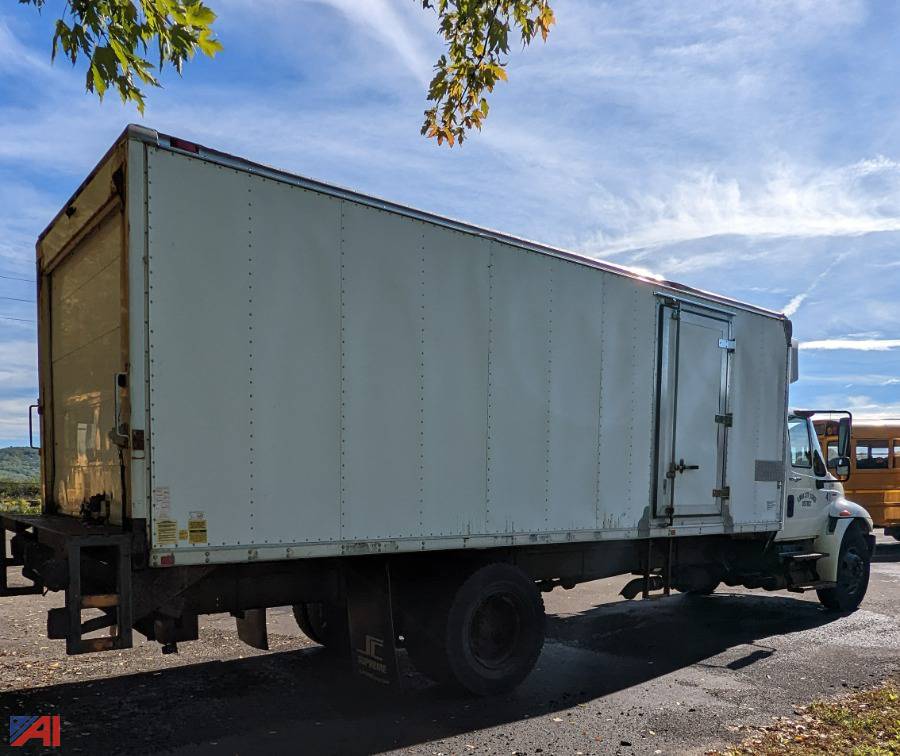 Re: How much is the Tow Beast worth?

The 24 Hours of Lemons Forums → Other Random Car Stuff → How much is the Tow Beast worth?